Varun Dhawan ‘not baby of the house anymore’ for Arjun Kapoor

Arjun's co-star Parineeti Chopra has been a constant target of his teasing, and even Katrina Kaif wasn’t spared. 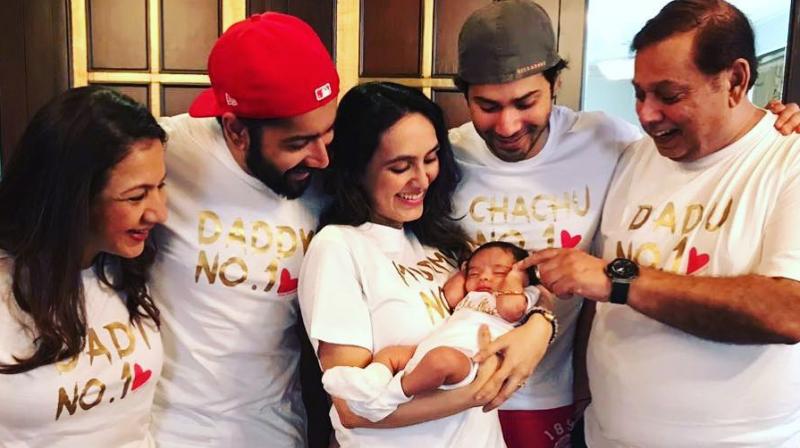 Varun Dhawan and Arjun Kapoor’s bonding is undoubtedly one of the strongest we have in the industry. They both learnt acting together and even today, can rely on other each for anything.

They had even appeared on Karan Johar’s chat show ‘Koffee With Karan’ in the latest season, and of course, we got to see to what extent their bond is!

Varun recently turned Chachu (no 1) to his ‘Dishoom’ brother Rohit Dhawan’s daughter and called it ‘love at first sight’.

So how could his ‘friend’ Arjun Kapoor stay behind in congratulating the family? Hence, he took to Instagram and in his typical style, pulling Varun’s leg, wrote, “3 Men 2 Women and a baby. Now Varun isn’t baby of the house anymore.”

This isn’t the first time Arjun has teased someone. While his co-star Parineeti Chopra has been a constant target, even Katrina Kaif wasn’t spared for the longest time.