The shooting was stalled due to producer issues, but T-Series came on board and finally the movie has wrapped up. 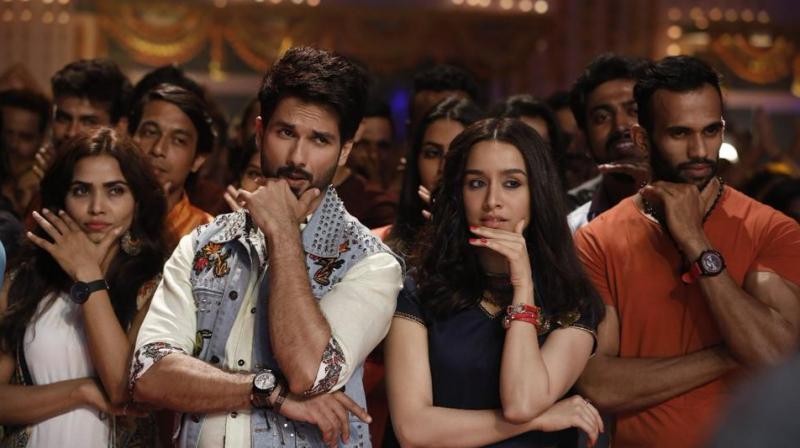 Shahid Kapoor and Shraddha Kapoor on the sets of 'Batti Gul Meter Chalu'.

Shahid Kapoor and Shraddha Kapoor have been shooting for their upcoming film after ‘Haider’, ‘Batti Gul Meter Chalu’, since some time now.

The shooting of this movie was stalled due to producer issues, but T-Series came on board and now finally the movie has wrapped up in style.

Before hearing the final ‘pack up’, Shahid and Shraddha seemed to have partied ‘Hard Hard’ as they grooved to a dance number with the same name.

This song has been voiced by Mika Singh and will also see a special appearance by ‘Pyaar Ka Punchnama’ and ‘Toilet: Ek Prem Katha’ fame Divyendu Sharma. More so, it has been choreographed by Ganesh Acharya, who was in the news for turning dance guru for Ranveer Singh in ‘Simmba’ as they recreated ‘Aankh Maare’, calling it the biggest song.

“I have worked with Ganeshji on Toilet: Ek Prem Katha and Special 26. When I heard this celebratory song I knew immediately that we should approach Ganeshji and intentionally kept it towards the end, along with the climax,” director Singh told Mumbai Mirror.