The saree made an appearance at Dolce&Gabanna’s fashion event in Italy this week, catching the attention of many trend conscious netizens. 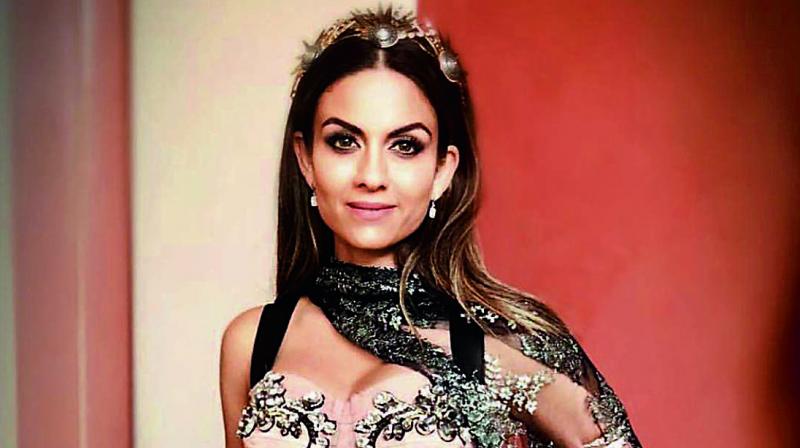 Image shared by Natasha Poonawalla in a D&G outfit

Dolce&Gabbana’s show at Lake Como was this week’s most-talked-about fashion event. Inspired by the famous romantic novel The Betrothed by Alessandro Manzoni, the collection featured rich ensembles in bright colours. But this show also had an Indian connection. Model Dipti Sharma sashayed down the runway in a saree, being cheered on by Indian fashionista Natasha Poonawala, dressed in a black Chantilly lace saree teamed with a D&G pink embroidered blouse.

While D&G is known for creating collections for its Middle Eastern clients, it seems the global fashion house is paying attention to India as well.

Talking about D&G’s latest design, Jannat Mehra, the designer behind J by Jannat, says the young Indian market is looking at wearing the saree in a more western avatar. “We have saree gowns and the way we drape our pre-stitched sarees is also more western. Today, at sangeets or cocktail parties, many brides are opting to wear gowns or flaunt more modern versions of our traditional wear,” she says. An example of this would be the cocktail sarees made by designer Gaurav Gupta. You have shimmery, pre-stitched and sexy creations that even come with slits. 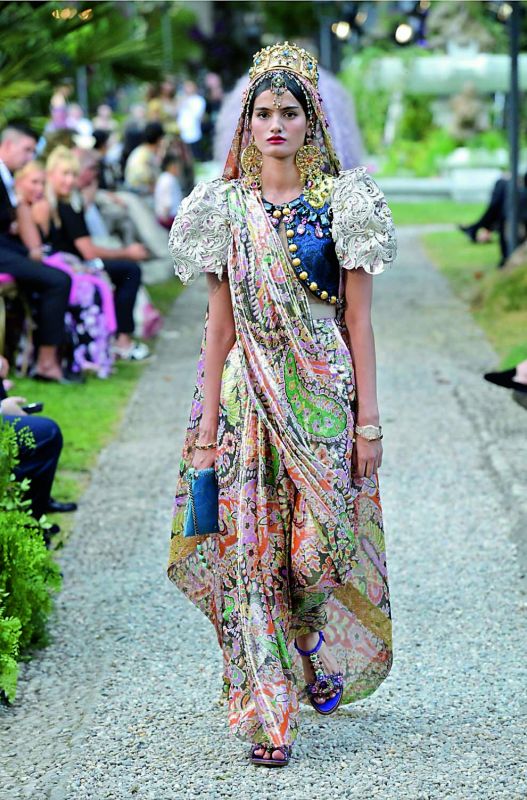 Dipti’s D&G saree is exciting not because the saree needs an international design house to make it look cool, but because it gives us Indians the inspiration to experiment with different styles.

Talking about why they took inspiration from the saree, Stefano Gabbana, at a press conference, reportedly said, they love all cultures and traditions and wanted to put their touch on the saree. So they chose the fabric, made the blouse and asked Dipti to drape it in whichever way she felt comfortable. While it’s great to have our traditions and national garment recognised by one of the biggest fashion houses, stylist Mohit Rai, who loves styling Shilpa Shetty in many a slinky saree, says, “The saree is a garment that has been around for thousands of years and has been re-interpreted over and over again by many. International brands like Dior, Elie Saab and Jean Paul Gaultier have all been inspired by it in the past.”

Eshaa Amin, who used to style Sridevi a lot and now styles Janhvi Kapoor, too agrees with Mohit and says, “The saree has always been an attention-seeker in the global fashion scene. International designers have showcased their takes on the saree in the past.”

Eshaa is excited about D&G’s take because, “It’s an exquisite union of D&G signature style with a classic tradition. Traces of Italian-Goth mixed with elaborate patterns and prints with an Indian touch makes this a one-of-a-kind trend.” This is also a profitable trend as Mohit points out, “India is a huge market and the brand has many loyalists here. Nothing like catering to their needs and requirements, if the brand is hoping to enter India in the future or strengthen its ties with its Indian clients.”