The actress talks about her equation with the director, her upcoming film and embracing a variety of roles. 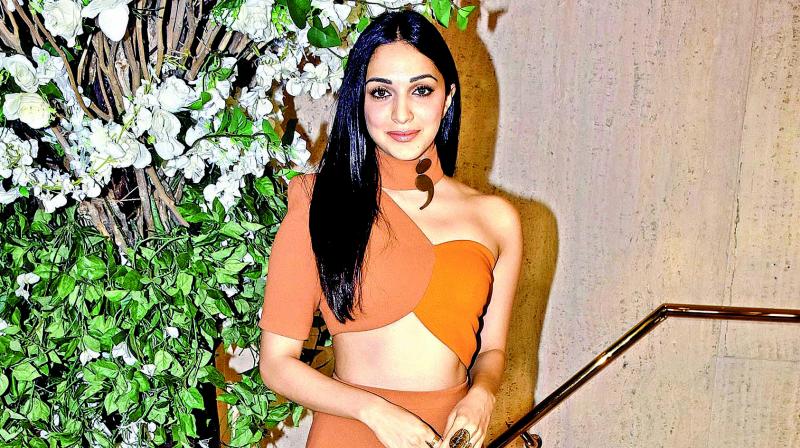 Kiara Advani has been in the film industry for the past five years, but Karan Johar’s Lust Stories was the turning point for her.

Because of the film, Kiara now considers Karan to be her mentor and credits him with changing her career. “Karan Johar is my mentor because he changed my career by giving me the roles that he has. Whenever he advises me, I take it seriously. I can tell him if I don’t like anything as well, he has that approachable quality. If you don’t like the script, say no. He is not somebody who is egoistic, he is very open,” the actress says about her relationship with the director.

The 26-year-old, who will now be seen opposite Shahid Kapoor in Kabir Singh, is grateful that she has not been typecast in the industry. “I am lucky that I have not got typecast. In Dhoni, I played a very simple girl. People think I am very glamorous because I like to dress up and all of that, but my roles never had anything to do with who I am. I think that typecasting has not happened to me. I am lucky that people haven’t put me in a bracket. That’s my biggest plus point — I am able to pull off everything,” she said.

Kabir Singh is a remake of the Telugu film Arjun Reddy. When asked if remakes are a safe bet, Kiara says that all the fans of the original film will feel nostalgic after watching the redux. “We have to make sure we don’t disappoint them. That is equally challenging,” she says.

Kiara also commented on the role of actresses in a male-dominated industry. She finds that things are changing: “There has been a change and there are actresses who have changed that, like Kangana and Deepika,” she says, adding that they offer strong competition to the male-dominated industry. “At the end of the day, it’s a business. You have to make sure the film opens well at the box office,”she says.

Speaking about the variety of projects she has taken on, the actress says, “As an actress, you have to balance it well, because doing commercial films is also important. Song and dance is a celebration. People complain and say that their role was not big, but these songs are played at every event.”

And as for her future, Kiara, who has also done a handful of films down South, believes that she has just started off and has a long way to go. “I still don’t feel I am famous. I am just starting off. I am still fresh to some extent so I have not ‘arrived’ in that sense,” she muses.