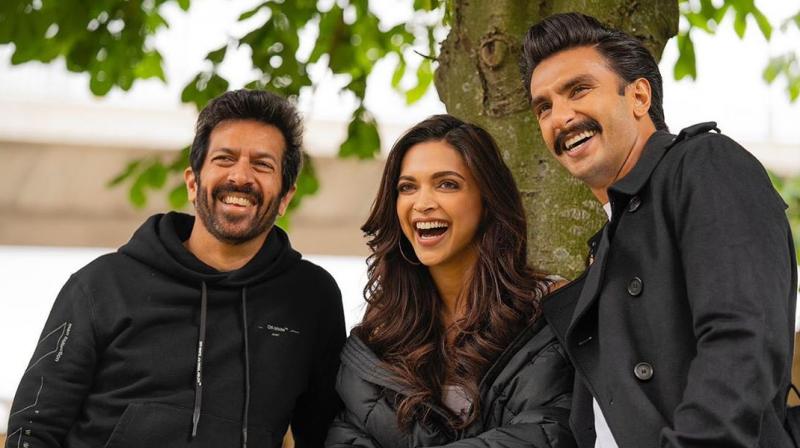 Mumbai: Surprising the audience, the world woke up to the announcement of Deepika Padukone joining the team of '83 where she will be playing Ranveer Singh's reel wife in the film and this has already created an immense buzz among the fans. Sharing a glimpse of Deepika Padukone is a part of '83, Ranveer Singh couldn't hold back his excitement of his real wife joining the reel wife in the film and the actor immediately posted pictures on his social media handle.

Taking to his social media handle, Ranveer Singh shared three pictures along with Deepika Padukone and the Director Kabir Khan, "Who better to play My Wifey than My Wifey?! 😉❤
@deepikapadukone plays Romi Dev in @83thefilm !!! 🏏🎥🎞
Genius casting courtesy @kabirkhankk😄🙌🏽 #83squad

Ever since Ranveer Singh has shared the pictures with Deepika Padukone, it has already taken the internet by storm as the audience can't stop gushing over the duo, pairing after Padmavat.

Touted to be the "biggest sports film" of the country, '83 is slated to hit the screens on 10 April, 2020 in Hindi, Tamil and Telugu. It marks the first-ever trilingual release for both, Ranveer Singh and director Kabir Khan.