Ayushmann's artistry speaks volumes when it comes to acing a role: Anubhav Sinha

Director Anubhav Sinha believes that he has got the best cop in his leading man Ayushman Khurrana for Article 15. 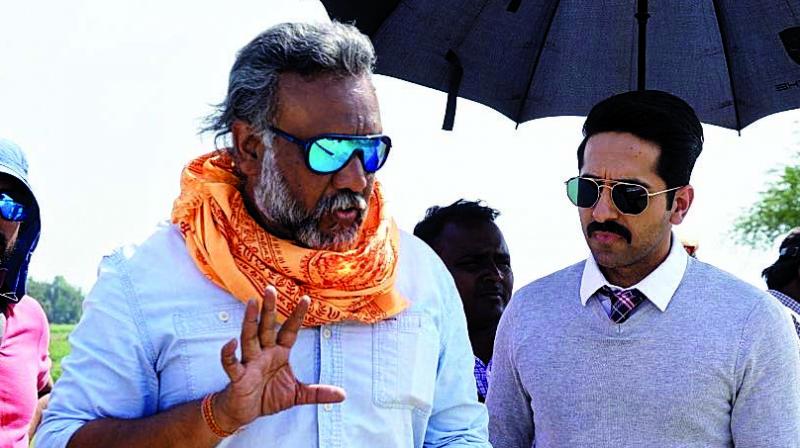 Mumbai: Every film by film actor Ayushmann Khurrana has proven his abilities as an actor, now with Article 15 Ayushmann Khurrana absolutely nailed the cop look in every manner. Ever since the first look of the film Article 15 was released, it has piqued the excitement of the audience where the actor is shown in an intense cop avatar, seen like never before.

Director Anubhav Sinha believes that he has got the best cop in his leading man Ayushman Khurrana. Talking about the same Anubhav Sinha says, "Ayushmann Khurrana has played the most heroic & realistic cop of Bollywood. When I saw him by the end of Article 15, it made me feel that only Ayushmann could have made it look realistic. With lots of cop portrayals in the past, it is sure that Ayushmann's cop is a lot in meaning. His artistry speaks volumes when it comes to acing a role and he made sure, cop portrayal was top notch.”

Ayushmann's heroic and realistic portrayal of the cop character is hitting the right chords with the people of the country.

A thrilling look and a hard-hitting backdrop from the movie which gives us a  hint about the investigative drama is set to hit the theatres soon. The poster asks the audience not to beg for justice and take up action.

Directed by Anubhav Sinha and Produced by Benaras Media Works and Zee Studios, the film is sure to put the audience in a social perspective.