The source goes on to add that there’s “some resistance” from the superstar to active politics. 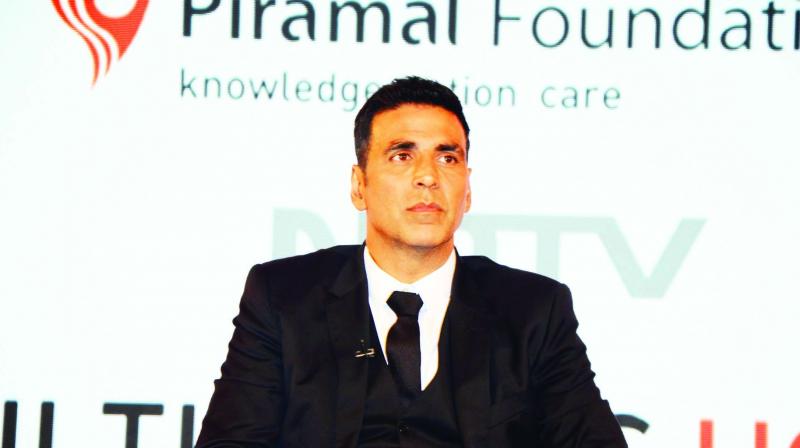 Is Akshay Kumar inching towards joining active politics? If sources from the Bharatiya Janta Party (BJP) are to be believed, the Toilet – Ek Prem Katha star has ingratiated himself to Prime Minister Narendra Modi.

Says the source, “Akshay has relentlessly been lending his name to various crucial national causes, including monetary relief for martyred soldiers’ families. His cinema too reveals a deep sense of social commitment. Toilet – Ek Prem Katha is dedicated to the Prime Minister’s Swachh Bharat Campaign, and is likely to be granted tax exemption in most states, even before release.”

The source goes on to add that there’s “some resistance” from the superstar to active politics. “Akshay feels he isn’t ready for active politics yet. But there are a lot of feelers from the (BJP) party. We’re sure he’ll be convinced eventually.”

Back in March, we had reported that Akki was in constant touch with some senior RSS leaders.

Joint secretary of RSS, Dattatreya Hosabale had mentioned that the actor had liked a video of Shiv Shakti Sangam, the RSS’ Pune programme. A senior functionary had also confirmed that Akshay had shown keen interest in some of their projects, particularly the water conservation one.

Mumbai-based RSS spokesperson Pramod Bapat had said, “There are RSS workers who are in touch with eminent people. Akshay has enquired a lot about the water conservation programme carried out by us in Maharashtra. He has contributed money for the martyrs and does a lot of nationalistic work on his own.”