Entertainment   Bollywood  12 May 2019  Not sure about directing: Madhuri Dixit Nene
Entertainment, Bollywood

Not sure about directing: Madhuri Dixit Nene

A lot of people say this film didn’t do well but with every film, I have gained insight, be it Dedh Ishqiya, Gulab Gang, Bucket List, Total Dhamaal. 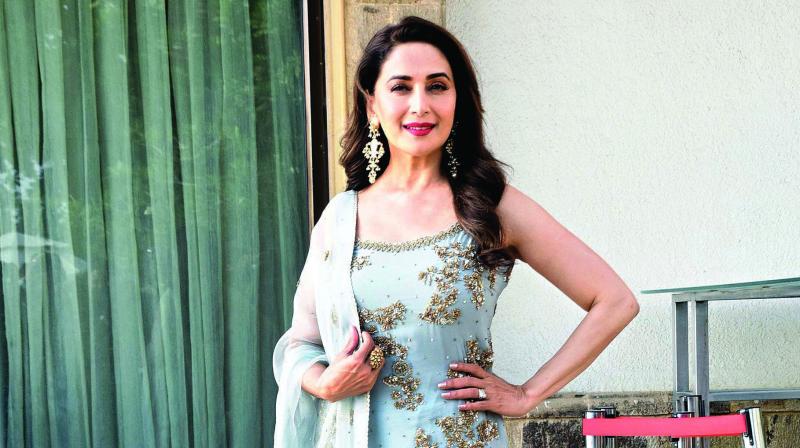 Madhuri Dixit Nene who was last seen in Kalank is still contemplating about her next project. The actress who is now also a producer, speaks about her views on direction. Madhuri says, “To a large extent, I kind of understand how production happens. I am slowly learning. I want to do something that takes me a step further and I am looking for that,” says the actress and adds that direction will have to wait as she has her plate full.” “Because I have been around for so long, I have seen how the directors work, to a large extent. I cannot say I understand everything but there will be something that I will have to learn before I attempt to direct. Right now, I will just take time,” she added.

Recalling how women directors have managed to successfully call the shots, the actress says, “A lot of women such as Hema ji have done that well. Maybe someday, I will do it but right now I am not sure.”

Madhuri who has been a successful actress right from the beginning of her career says that there is no formula to success “I think breaking the formula is the formula. Don’t stick to any formula. Just go with your gut and don’t be afraid of failures. A lot of people say this film didn’t do well but with every film, I have gained insight, be it Dedh Ishqiya, Gulab Gang, Bucket List, Total Dhamaal. You should not be afraid of failures,” she believes.