‘I am a yoga freak and practice everyday’

On his preparations for the role he says, “I am a yoga freak and practice every day, I practice yoga at home. 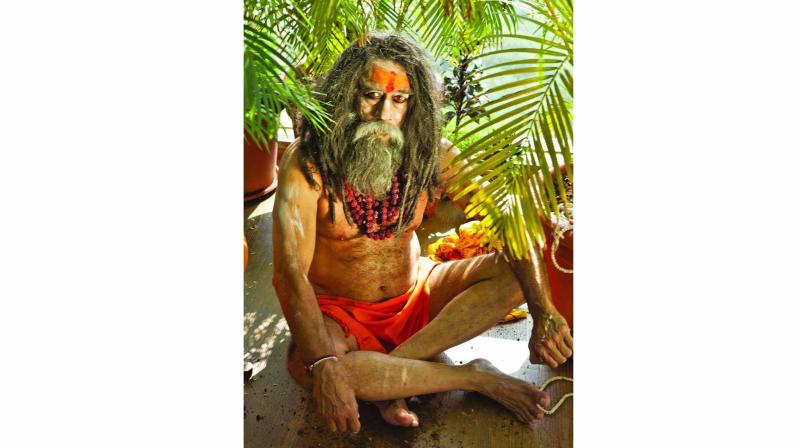 Jackie Shroff who gave a stunning performance in his debut Tamil venture Aaranya Kaandam, which won awards at national level, is back to Tamil with an unconventional and never done before role. He will be an Aghori (ascetic sadhu) in the period film Paandi Muni.  The film also marks the return of  director Kasthoori Raja.

Jackie was in Chennai for the launch of his movie and spoke about his transformation into an Aghori, his preparations for the role, his insistence on dubbing his own voice and on son Tiger.

“This is my third film in Tamil after AK and Kochadaiyaan. My first movie in the lead — Hero — ran for 75 weeks in Padmam theatre in Chennai. It was a heartwarming gesture that the people gave me,” the Bollywood actor reminisced.

On accepting an intense role of an Aghori he quips, “I am a city man! Kasthoori Raja has made me an ‘Aghori’. He came to Mumbai for the narration. I listened to his script at a stretch for three hours. It’s a power packed role and I could say nothing but ‘yes’ to Raja sir.” 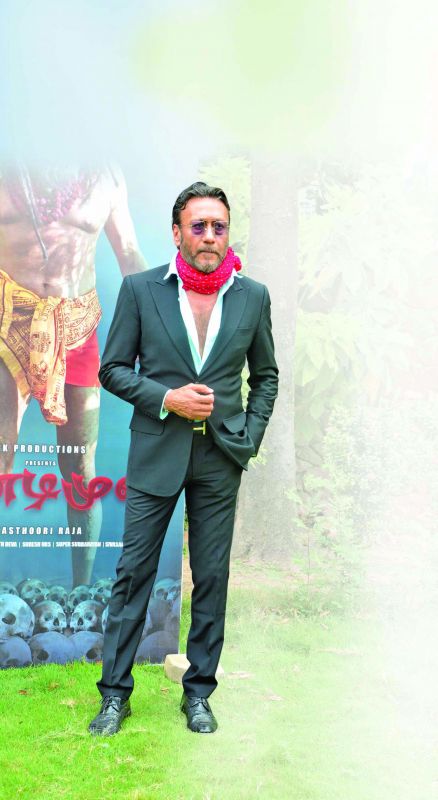 On his preparations for the role he says, “I am a yoga freak and practice every day, I practice yoga at home. I even listened to the script sitting in a yoga posture.  I think that will help me for the performance, besides other things. Looks can be managed by make-up. I want to lose some more weight. Rest is just following the boss on the sets. Also, when a magician like Madhu Ambat is there behind the camera, why would I worry?”

There are two heroines Nikesha Patel and Meghali but you have no pair as such in Paandi Muni, we point out. “The director didn’t give a heroine….Jokes apart. The character did not demand a pair and I am a Shiva bhakt who is half God and half ghost.”

It was also said that he insisted on dubbing his own voice. “Of course, it is a huge film and for a high voltage role like this, I definitely want to put my vocal chords into use.”

Talking about his Chennai connection he says, “I have shot for many movies in studios like AVM. Those days I used to go around the sets in a bicycle. I have lots of friends in Chennai — Rajinikanth from the day we worked together in a Hindi film Uttar Dakshin in 1987 and more recently Kochadaiyaan, Revathy, Suhasini, Prabhu, Khushbu, Lissy and many others. We also meet regularly at the ‘80s Actors Reunion’ event conducted every year.

Jackie is a proud  father today as his son is making it big in Bollywood. “I am glad that audiences have accepted him and made his films a success. Today I feel very proud that I am known by his name — ‘Hey Tiger’s dad is here’. So much so that my daughter Krishna is happy making short films and not keen on acting. She is more into direction.”