AbRam is not my eldest son Aryan's love child: SRK at Ted Talk

He said, "In this new world slowly reality became virtual and virtual became real and I began to realise I cannot say what I thought." 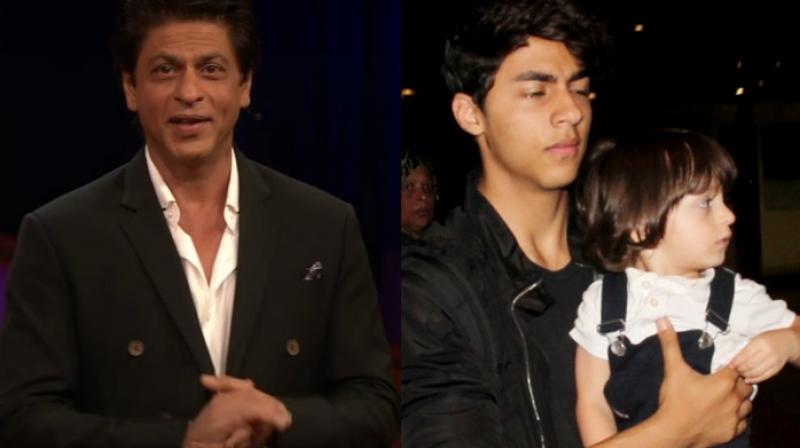 While the 51-year-old threw light on many important aspects of education, business, technology, science, creativity and much more, he also went on to add about stories and speculations that left him and his family dejected.

One of the rumours out of it was about AbRam, who is the youngest kid of Shah Rukh, to be the love child of his elder son Aryan Khan.

He stated, “Four years ago, my lovely wife Gauri and me decided to have a third child. It was claimed on the net that this child was the love child of our first child (Aryan Khan) who was 15 years old. Apparently, he had sowed his wild oats with a girl while driving his car in Romania. And yeah there was a fake video to go with it. And we were so disturbed as a family. My son who is 19 now, says, 'But bro, I didn't even have a European driving license’.”

He further added, "Yeah, in this new world slowly reality became virtual and virtual became real and I began to realise I cannot say what I thought. And humanity at this time completely identified with me."

Talking about the growing need of being on the Internet and his urge to join the bandwagon, he shared a hilarious incident related to it,“ I tried to put thought-provoking tweets on the Internet but could not get those acronyms which people used. LOL, ROFL and even ADIDAS. I was wondering why someone would write ADIDAS and I asked my daughter. She enlightened me and said ADIDAS now means, 'All day I dream about sex.”

Watch the entire speech made by Shah Rukh Khan at TED Talk here: