Entertainment   Bollywood  12 May 2017  Katrina looks like fairytale princess with charmer Salman in this picture
Entertainment, Bollywood

Katrina looks like fairytale princess with charmer Salman in this picture

She looked nothing less than a princess with Salman being her perfect prince charming. 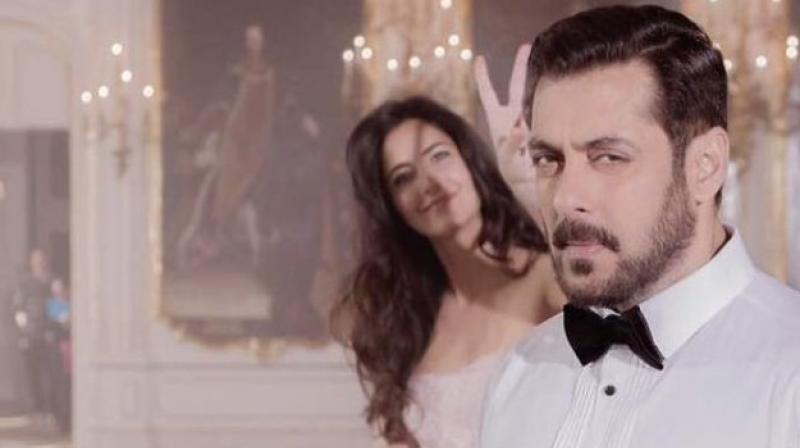 Mumbai: Salman Khan and the team of ‘Tiger Zinda Hai’ are currently shooting in Abu Dhabi and director Ali Abbas Zafar has been sharing scenic pictures from the location.

Katrina Kaif, who plays the leading lady in the film, recently flew down to join the film’s crew in Abu Dhabi, to shoot for her portions.

Seemingly, the actress, who recently joined Facebook and Instagram, got bitten by the social media bug in a massive way and is barely able to resist her urge to post beautiful pictures.

However, we got our hands on this picture posted by Ali Abbas Zafar on his social media account.

The actress looks drop-dead gorgeous in this picture with her 'tiger' Salman Khan.

A very serious Katrina kaif and super focused @BeingSalmanKhan on the set of @TigerZindaHai #behind the scenes. Friday Feelings :) pic.twitter.com/YC8hn5g1YT

She looked no less than a fairytale princess with Salman being her perfect prince charming. How dreamy do they look?