Apparently, close family members are not impressed by Farhan and Shibani’s sudden upsurge of public affection. 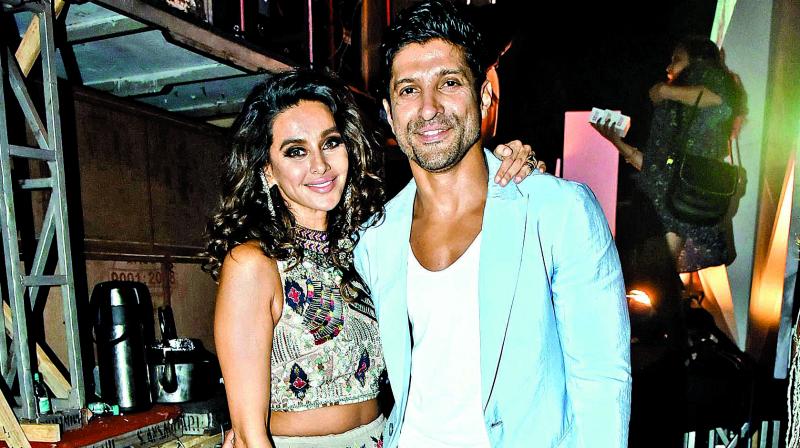 So, is Farhan Akhtar all set to marry his lady-love singer Shibani Dandekar? Close family members are not impressed by the couple’s sudden upsurge of public affection.

“Farhan is a father of two growing-up daughters. He has every right to be happy in life. But this sudden spurt of PDA with his girlfriend is most uncharacteristic. Farhan was never so demonstrative with Adhuna (his first wife). His family is wondering what’s gotten into him,” says a source.

Sources feel this outward display of personal affection could be prompted by the lady he loves.

“Perhaps Shibani feels insecure in the relationship as she’s so much younger. She needs Farhan to let the world know that they are a couple,” says the source.

Apparently, Farhan is so smitten that he spends all his non-working time with his lady-love. Friends hardly get to see him these days.

We hope this culminates in something permanent for Farhan.