I respect Kangana Ranaut’s work a lot and I respect her opinion, says Alia. 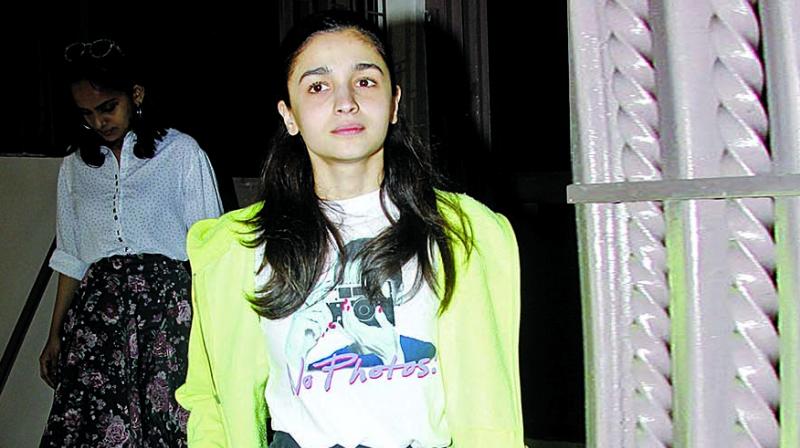 Kangana Ranaut continues to take nasty potshots at Alia Bhatt who undoubtedly is ruling the box office at the moment and is also working with almost every major filmmaker in the Bollywood.

The resentment and envy are quite understandable. But the manner of venting them is most inappropriate.

When an entertainment portal compared Kangana’s performance in Manikarnika with Alia’s in Gully Boy, Kangana snapped back saying, “I am embarrassed...What is there to beat in Gully Boy performance ....same snappy muh phat girl... Bollywood’s idea of a fiery girl, woman empowerment and good acting, spare me this embarrassment, please. Media has taken filmy kids love too far...stop pampering mediocre work or else bar will never be raised.”

Alia, on her part, chooses to ignore Kangana’s seemingly endless barbs and insults.

Says the genial actress who is never known to speak against anyone, “I respect Kangana’s work a lot and I respect her opinion. If she feels a particular way, she must have reason to feel that way. I rather remember how much she had praised me after watching Raazi. And, I’d just like to focus on my work. Maybe she will appreciate me again if I work hard enough.”