Watch: Shraddha-Arjun's song Baarish from Half Girlfriend is soothing to our ears 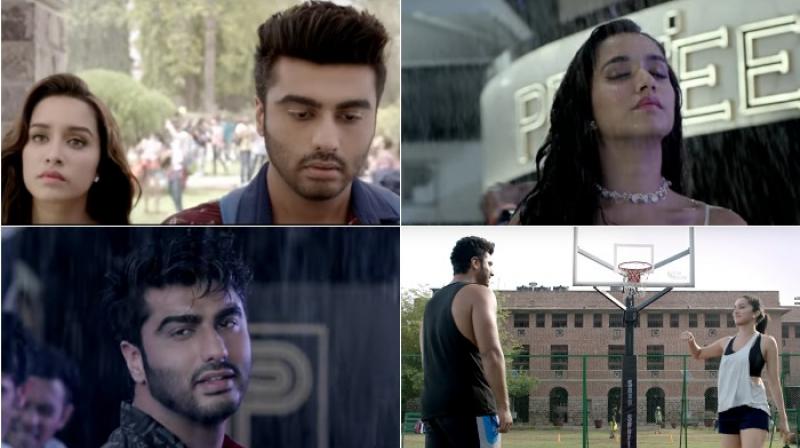 Screengrabs from the song's video.

Mumbai: At the trailer launch of the film 'Half Girlfriend', the makers of the film had announced that they would soon release the film’s song 'Baarish'.

Due to an increase in the demand of this song by the audience, the makers released the song way before its scheduled date.

Well, the wait is over and the song is out!

‘Baarish’ sung by Ash King and Shashaa Tirupati, is a soft dreamy melody.

In the song, Arjun, who is completely mesmerized by Shraddha, is seen dumbfoundedly following her around.

There’s no wow factor or anything great about the song’s composition. The film’s director Mohit Suri himself has treated us with better melodious monsoon songs earlier.

We doubt if the song will be able to make its mark into the audience’s heart like Mohit Suri’s 'Tum hi ho'.

Arjun has done justice to his character, but we found Shraddha’s expressions very blunt in the song.

Half Girlfriend will release on May 19.