Entertainment   Bollywood  12 Apr 2017  Did Sunil just confirm that Kapil threw a shoe at him on a flight?
Entertainment, Bollywood

Did Sunil just confirm that Kapil threw a shoe at him on a flight?

Sunil mentioned about his shoe size in the caption of an Instagram picture, in an apparent dig at Kapil. 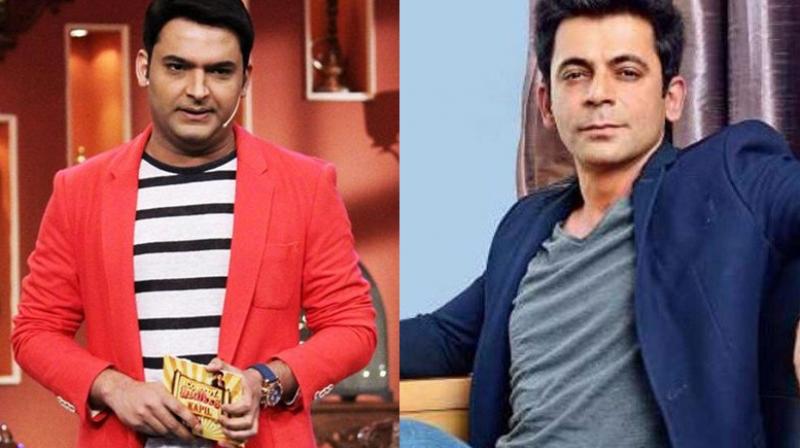 Fans were especially fond about the pairing between Kapil and Sunil on the show.

Mumbai: There was a time when Kapil Sharma was the toast of the town with his comedy show being a superhit with the masses. But one incident has now put the actor-comedian into a tricky situation.

The incident we are talking about is when he verbally abused his co-star Sunil Grover and even threw a shoe at him while they were travelling together in a flight few days back.

The incident led to Sunil quitting Kapil’s comedy show, with several members of the show also following Sunil in protest.

While Kapil apologised on social media, Sunil was in no mood to forgive and asked Kapil not to act like god and has refused to return to the show.

Kapil is facing a tough time right now with the TRPs of the show falling drastically after Sunil’s exit and there are also reports claiming that the channel gave a warning and a one-month ultimatum to Kapil regarding his behaviour.

Amid these reports, Sunil has now taken a dig at Kapil and the shoe-hurling incident. Sunil shared a picture of himself on Instagram where we see his shoe facing the camera and he interestingly captioned the picture as ‘Shoe Size US 10’.

Forget about Sunil returning to Kapil’s show, it seems that there is no end in sight for this feud anytime soon.