Confirmed! Ranbir and Katrina to promote their film Jagga Jasoos together

'Jagga Jasoos' is Ranbir's first film as a producer. 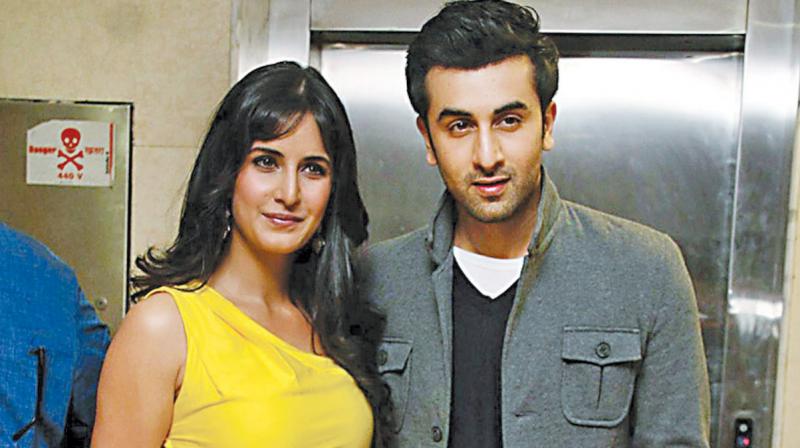 Mumbai: Ranbir Kapoor, who was present at an award ceremony last evening, bagged the Outstanding Entertainer of the Year Award there.

While sharing his happiness with the media, heartthrob Ranbir got candid about ex Katrina and his film 'Jagga Jasoos' with her.

Speaking about the much-awaited release of the former couple, Ranbir confirmed yesterday, "The movie is all set to release on July 14. Yesterday was the last day of 'Jagga Jasoos' shoot. I am very happy with how it has turned out. We all know that it is my first film as producer and I hope everyone supports and loves the film. I hope that the audience likes it too."

When interrogated about the actor promoting the film with ex-girlfriend Katrina Kaif, he stated, "Katrina has worked very hard on the film. The film is hers as much as it is mine. We will promote it really well, and release it well too. When we make a film, we make it with lots of love and sincerity. We would like to put it across in the best way possible."

Well, this just puts rest to all the rumours brewing about the ex-couple not agreeing to promote the film together.

We are excited to see Ranbir and Katrina promote the film together!