Rumy’s next inspired by Break Down

Anand Pandit, who was one of the producers of recently released Total Dhamaal, is bankrolling the film. 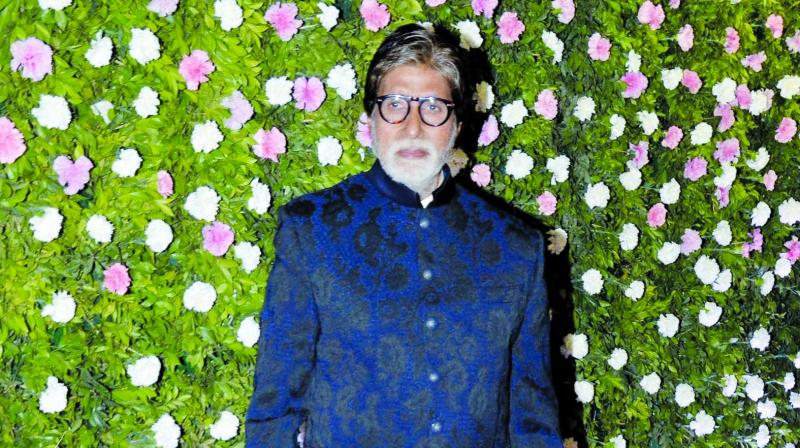 Around 20 years ago, Vishal Bhardwaj was all set to make his debut as a director. The film was called Barf and was to be bankrolled by Ajay Devgn with whom he much later worked in Omkara. Barf was to star the unique pair of Manoj Bajpayee and Sushmita Sen but the film was canned.

Now, the Rumi Jafry alias Rumman Ahmed film that stars Amitabh Bachchan and Emraan Hashmi has been titled Barf with an alternative title Khel. Anand Pandit, who was one of the producers of recently released Total Dhamaal, is bankrolling the film.

But, what sources tell us is even more interesting. “Barf is basically a courtroom drama which has been inspired by a play by theatre veteran Ranjit Kapoor. Ranjit had done this play called Wrong Turn, which was inspired by the German short story Break Down by Friedrich Dürrenmatt. In fact, many years ago, Vijay Tendulkar had written a play Shantata Court Chalu Aahe with Arvind and Sulabha Deshpande that later on became a film as well. Tendulkar, however, had his own spin on that and what Ranjit Kapoor did was another version. Anand Pandit has now acquired the rights of the short story/play to be made into a feature film,” informs our source.

Bachchan will be playing the role of a judge in this film and it seems that he has gotten a promotion this time from playing an advocate (Pink and Badla). The film’s premise is set in a court and is a gripping tale,” informs a source close to the development of the film.

There is a buzz in the trade that two men who were seen in another courtroom drama Jolly LLB 2 - Annu Kapoor and Saurabh Shukla - will also be seen in the film.