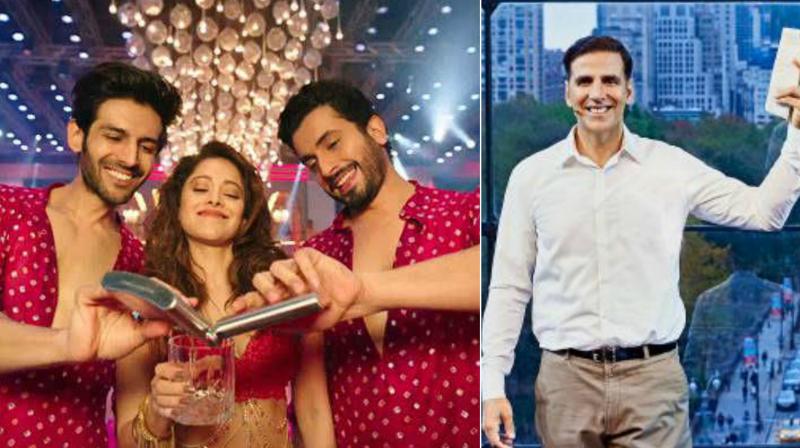 Mumbai: The makers of 'Sonu Ke Titu Ki Sweety' are overjoyed with the spectacular success of the film. The Luv Ranjan directed romantic comedy which was a non-holiday release and has lesser known names in its cast, proved to be a successful affair at the box-office.

The film is expected to collect well when Ajay Devgn's 'Raid' opens this Friday.

Meanwhile, T-Series’ Bhushan Kumar and Luv Films’ Luv Ranjan have pledged to make their association stronger by collaborating on multiple films in the days to come after the mega success of 'Sonu Ke Titu Ki Sweety'.

Last week's major release 'Hate Story 4' grossed Rs 11.75 crore net over its first weekend which is a decent number despite all negative reviews from the critics.

Richa Chadha-Pulkit Samrat starrer '3 Storeys' had a very poor weekend with the collection of Rs 1.60 crore net in its first weekend.

Taapsee Pannu film 'Dil Juunglee' had a disgraceful weekend with total number of only Rs 90 lakhs.