The filmmaker took to Twitter on Sunday in an adorable post with one of his leading ladies from the SRK starrer. 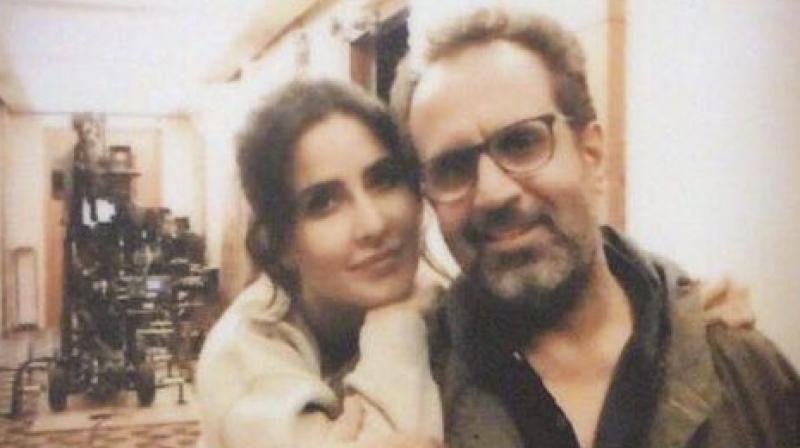 The picture with Katrina Kaif that Aanand L Rai shared on Twitter.

Mumbai: Filmmaker Aanand L Rai has thanked Katrina Kaif, the leading lady of his upcoming film 'Zero', for bringing ease and fun on the set of the movie.

The film, which features Shah Rukh Khan as a vertically challenged man, is currently under production.

"With joyful and affectionate Katrina Kaif on the shoot.Thank you for bringing so much of ease, fun and love on the sets. Stay blessed stay happy," Rai tweeted.

With joyful and affectionate #KatrinaKaif on the shoot.Thank you for bringing so much of ease, fun and love on the sets. Stay blessed stay happy. 🤗🤗🤗 pic.twitter.com/rziDWJYGjt

'Zero' marks the first collaboration between Shah Rukh and Rai.