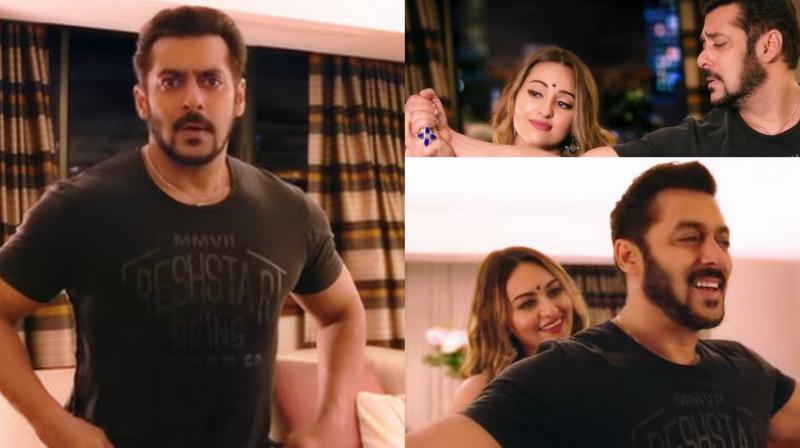 Mumbai: Sonakshi Sinha is currently excited for the release of her movie 'Welcome To New York',  where she will be seen romancing with Punjabi superstar Diljit Dosanjh.

Sonakshi who made her Bollywood debut opposite Salman Khan in 'Dabangg' (2010) will be seen with the actor doing a song 'Nain Phisal gaye' in 'Welcome To New York' . The song is finally out today.

'Nain Phisal Gaye' has been composed by Sajid-Wajid with lyrics by Kaunsar Munir.

Sonakshi recently shared a snippet of the song on Twitter with an interesting caption: "WHO DAT?!?!?! Can you guess who darji madam is measuring??? #nainphisalgaye from #welcometonewyork out todayyyy.... wait for it!"