Known for making intense and dark films in the past, Onir tried his hands with out-and-out romantic film. 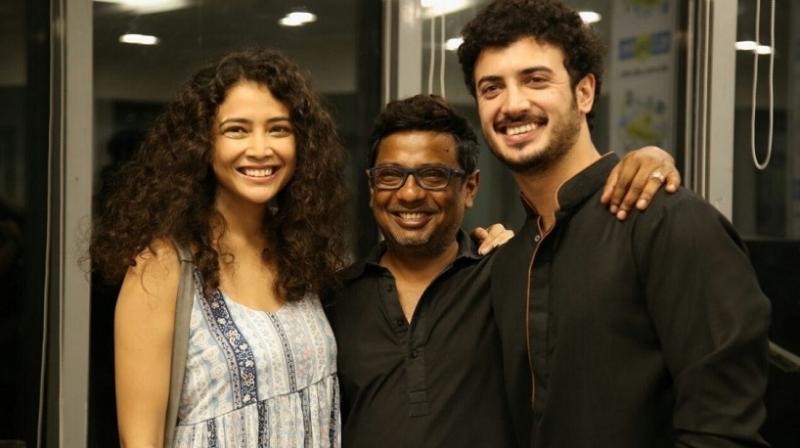 Mumbai: Probably one of the most underrated directors of our country, Onir has always maintained to sketch his male and female characters at par especially in this patriarchal industry, “I have grown up in a household where my parents have equal roles. All three of us are treated equally. Honestly speaking, I find women more interesting. I am always inspired by my sister and mother who are a great story tellers. So, I owe to all these beautiful ladies. In all my films, women characters have their own identity and they are not just supporting to the male actors. Also, they are the active participants in the change that happens in my films,” Onir adds.

Known for making intense and dark films in the past, Onir tried his hands with out-and-out romantic film for the first time. “When the script came to me, I just fell in love with it. It talked about lonely souls looking out for that one person who will accept you the way you are. It touched me a lot. No doubt, the medium is internet but the core love is same. The film is all about finding love, acceptance and inner beauty. Sometimes, you are broken by constant rejections but someday you accept yourself that makes easier to deal with others.”

On promoting fresh talent in his films, Onir says, “The kind of films I do need actors of a certain age group. I always bank on actors who believe in me and my work. I was an outsider and was struggling to make my own tiny space here then why not give space to others since we are a country full of talent. Not only actors, I have worked with new music directors too, be it Mithoon or Pritam. With 'Chauranga', I became a producer that was helmed by a debutant director. In 'Shab', I launched Ashish Bisht and Shrey. With ‘Kuchh Bheege Alfaaz’, I launched Zain as an actor, first time writer Abhishek Chaterjee and DOP Nusrat. I am very happy that in a small way I could be the part of their journeys in Bollywood.”

With tonnes of debutants popping every Friday, it wasn’t a cakewalk for poet turned actor Zain Khan Durrani who hails from Kashmir. Interestingly, he never thought of becoming an actor but surprisingly he landed up being the lead of an utterly delicious romantic film ‘Kuchh Bheege Alfaaz’ directed by Onir. When asked about what kind of an actor he is, Zain says, “I think every actor has a certain genre that they are best at, like Tom Cruise is a dramatic actor. When Amitabh Bachchan started his career, his roles weren’t like of a angry young man and later he worked with his niche and it kept constantly evolving. I never really thought of a particular genre as such. It was always about the right of kind of content. It is probably the serendipity that is happening as I have been always interested in romance and love has been a part of my poetry. It is the best platform to be featuring in a movie like ‘Kuchh Bheege Alfaaz’.”

When asked about breaking the jinx of good looking actors doing substantial work on screen, Zain says, “I will always owe to this gentleman Onir. He is really instrumental in my life. I was supposed to go for UPSC and study but he spotted me and told me that I have to go through a process. I was auditioned for Shab but I looked much mature for that character and it went to Ashish Bisht. I had to undergo a lot of workshops with him. I applied in FTC and gave my auditions for this film. Later, he told me that I liked you for the role of Alfaaz.”

On being such an unconventional actress, National Award winner, Geetanjali Thapa has some really interesting beans to spill. She says, “I am not trying to be unconventional. I do things that make me happy. I will work with the directors I want to work even if it’s a small role like in 'Trapped'. I love Vikramaditya Motwane’s work. I read the script and I said yes to the film. I thought it’s going to be fun especially to work with Rajkummar Rao. It’s rare to come across such a role like the way I got to play in Onir’s film. I want to go back home exhausted but happy. It is very important for an actor to be happy and content.”

Talking about her character Archie (Archana) in the film, Geetanjali says, “A lot of people say that it is such a fun film but it isn’t the case. It was so difficult to portray Archie since it has so many layers to it. There is pain in love in fact it is in everything, the pain of getting rejected for a role for example. The fact is that it is difficult to come in terms with your insecurities. To understand Archie, I had to look within myself. I knew Archie much better by the end of the film. I didn’t like Archie as much as I did towards the end of the shoot. If a person like you comes and tell me that my character touched in minor or major way, that’s a fulfilling validation.”