While Ekta Kapoor has mostly ventured into adult content, Ashwiny's films have a universal appeal. 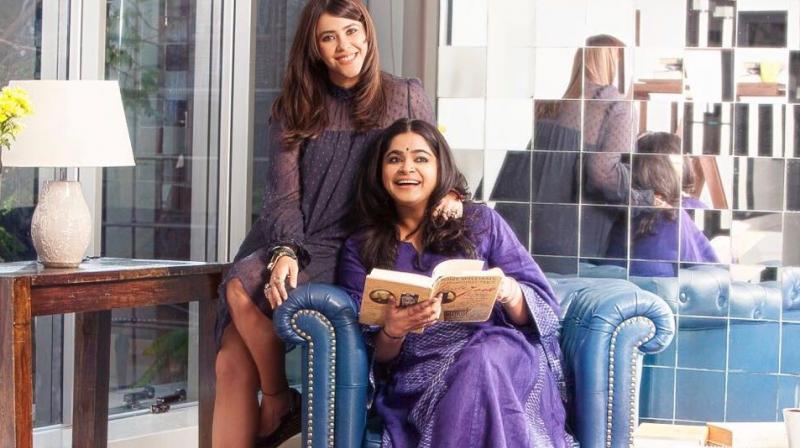 Mumbai: Among all interesting collaborations in Bollywood, one happens to have happened on a Monday morning, as Ekta Kapoor took to Twitter to announce that she will be collaborating with ‘Bareilly Ki Barfi’ director Ashwiny Iyer Tiwari.

As Ekta announced the big news, Ashwiny also mentioned that she is looking forward to the collaboration. Here are their tweets:

Magic happens when creative women come together. Excited to collaborate with Ashwiny Iyer Tiwari. We are producing two films together, one of which will be directed by @Ashwinyiyer! pic.twitter.com/QO0Dygc55B

There is so much more to films! Looking forward for this beautiful world of storytelling to evolve as @ektaravikapoor and I get our creative forces together for the pure love of cinema. Gratitude 🙏🏾😊 https://t.co/2l6rkQWwct

The two will produce a coming-of-age comedy of a married couple and a lighthearted comedy. What’s more in store? Ashwiny will be directing one of the movies.

Talking about it, Ekta told The Times Of India, "I had seen ‘Nil Battey Sannata’ and had messaged her appreciating it. Next, we met on a Chennai-bound flight, sitting one behind the other, where we roughly chalked out a plan to work together. Eventually, after months of exchanges, we’re here. We get along really well. Our sensibilities work beautifully, in tandem with each other. There’s so much depth to every scene, every character she creates. When you have new talent, you mentor, but when you have a talent like Ashwiny, you ally with her because she brings something distinct to the table."

Whereas Ashwiny exclaimed, "In these months that we have been interacting, Ekta has always given me my space and she understands me well. There is nothing corporate about our equation. We didn’t join hands saying that, ‘Come, let’s make a blockbuster’. She keeps everything simple. She also understands human behaviour and has amazing insights about the psyche of the Indian audience. Stories, scripts and films are all about people, which she understands well. It doesn’t matter what the future professionally holds for both of us, but this relationship that I share with her today will last a lifetime."

While Ekta Kapoor has mostly ventured into adult content, Ashwiny has kept her films such that they have a universal appeal. It will definitely be interesting to see what both of them have to offer to their audiences combined.