Akshay Kumar on the joys of playing Jolly

Playing the role of a character from a non-metropolitan city was a big high for Akshay. 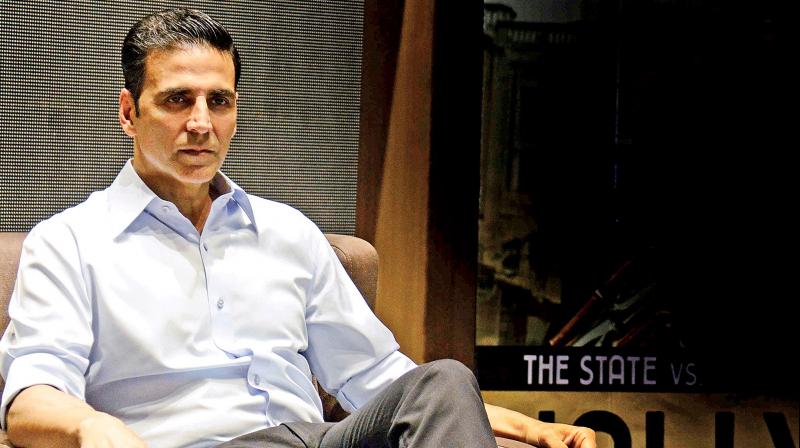 Now that Jolly LLB 2 has been cleared to release by the Bombay high court, Akshay Kumar is a relieved man.

Playing the role of a lazy unscrupulous lawyer, Akshay says, “Playing Jolly has been one of my favourite experiences — no hang-ups, no researching, just listening and learning from the director Subhash Kapoor, and creating the perfect Lucknowi lawyer.”

Akshay is now at a stage where he loves challenging himself. “I love challenging myself mentally as well as physically. Early on in my career, I just used to be all-brute without any acting, but in this film I’m all acting and no brute force. I was just the character through and through... as best conceived by my director.”

Playing the role of a character from a non-metropolitan city was a big high for Akshay. “Life in a metro is just like chasing someone else’s dream, whereas life in rural India is where people are what people are. They love their lives, they’re proud Indians with their hearts on their sleeves and their tongues out on display.”

Akshay prefers playing the rural role rather than the city slicker. “They are far more interesting characters to play than a city slicker. You can delve into the heart and soul of India by taking yourself outside of Mumbai and remembering what India was once all about, communities, not societies,” he smiles.