Dino Morea, one of Bollywood’s most eligible bachelors today, tells us why he’s happy, both personally and professionally. 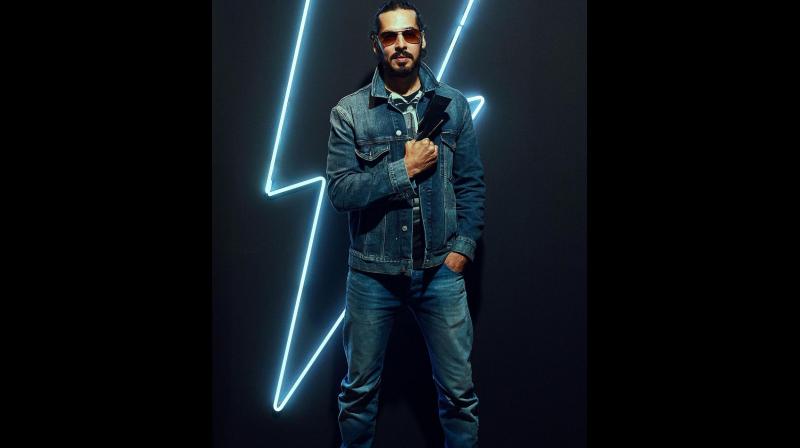 Some may have believed that the model-turned actor’s first tryst on the big screen, playing the lead in the 2002-supernatural thriller Raaz may have been his professional peak. But his resurgence, not only as a producer but also as an actor in web series such as Mentalhood and Hostages in 2020 and now the upcoming series Tandav in which he plays a pivotal role, seems to speak a lot about Dino Morea’s perseverance and tenacity in the world of showbiz, despite being off the limelight for a few years.

How would you look at your journey, both on personal and professional levels? And how does 2021 seem to be panning out for you so far?
I’ve had many different phases in life, each one with its own speciality and niceness. This one at present is a great phase simply because there is so much more happening in the creative space for me — both as an actor and a producer.
As for 2021, I think the year is going to be pretty amazing for me professionally. As an actor, I have Tandav and Moghuls releasing this year. I also have my production Helmet releasing this year. I have two more shows and have started pitching movie ideas as a producer too. Additionally, I have investments in my other business, which are doing pretty well in the ecommerce space.
Personally, I think it’s all good as long as I have my work, I am healthy and I have my family and friends, and I get to spend a lot of time with them. So far, everything seems fine, and I hope it only gets better.

What is your role in Tandav?
I play a political science professor who mediates between politicians and the student politicians. That’s his primary part in the show. Most of my scenes in the series are with Saif because my character sort of mediates between the actual politicians and the student political outfits. And though I would’ve loved to, I didn’t get to shoot with Dimple ji because our characters in the show do not ever meet.
But, yes, Saif and I go a long way. We know each other socially, so we had a bit of a laugh on the sets.

I live to promote health and fitness and want to encourage people to become healthy. I’m enjoying that space and it’s heartening to see people understanding the importance of getting healthier.
As for our equipment, we keep getting orders for our fitness station, which we keep supplying too — not only in Mumbai and others of Maharashtra but also in various parts of the country, Kerala, Andaman and Gujarat.

Are you still a party animal? And how did the lockdown affect that aspect in you?

I am nowhere close to a party animal. Yes, I have a drink or two now, but going out partying and going crazy—that’s something I enjoyed when I was in my 20s. I don’t at all now. I would rather just sit at home and have my friends come over and have some great conversations.

You worked with Ekta Kapoor in Mentalhood. How was it working with a producer such as her?

Yes, I worked with Ekta in Mentalhood and while I’m not doing anything else with her currently and we haven’t had any conversations about new projects together, I’m hoping we’ll be working together again very soon. She’s a good producer who’s very professional and very good at her work, like any other production house. Actually, Balaji Telefilms is one of the best outfits around today and working with them was thoroughly a great experience.