Storm in a political tea cup

Given the fact that Rajinikanth also nurtures political ambitions, the film makers may have thought discretion is the better part of valour. 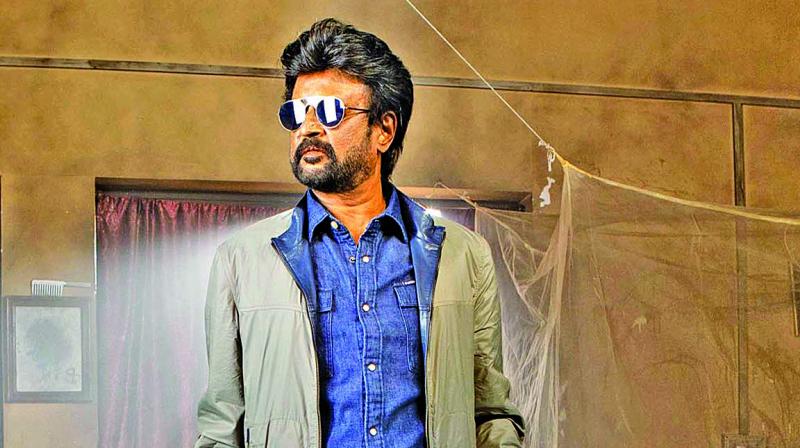 It seems Darbar has ruffled a few feathers, after all. Shot as a pure masala entertainer that was meant to be apolitical, the Rajini starrer had figurative lines that could be linked to certain real life situations.

The dialogue on jail birds skipping away to do shopping and coming back quietly to their cells at night seemed to strike a political chord with the scenes taken to obviously point to the former chief minister J. Jayalalithaa’s aide and confidante Sasikala, who was embroiled in a huge controversy over her time in Parpanna Agrahara jail in Banglaore.

The makers of Darbar, who are aiming to make it a big commercial hit at the BO in multiple languages and on screens around the world, have now made a U-turn on the sub plot that is seen to be merely touching on political ground, even if it is only in a sardonic comment on the power of money being able to buy its way into and out of anything.

“In our “Darbar” film, particular words and dialogues having references to prisoners during their imprisonment term were only included with an intention of providing an entertainment to the audience and is not intended to refer to any specific individual or to offend anyone. However, since some of those particular words seemed to have hurt some people, we have hereby decided to remove the same from the film,” says a tweet from the official handle of Lyca Productions who are behind AR Murgdadoss and Rajinikanth’s latest film.

More than an offer, they have decided to do away with the scenes. It points out that criticism may have come from political quarters close to the jailed politico Sasikala after the Fisheries Minister D Jayakumar had a dig at the scenes involving the jail where the jailor is heard saying that a rich prisoner can even go out for shopping. Jayakumar’s cryptic comment on the jailor’s dialogue set the cat among the pigeons in political circles.

Given the fact that Rajinikanth also nurtures political ambitions, the film makers may have thought discretion is the better part of valour. The makers may have also been wary of facing any legal action by an aggrieved party. So out go the scenes conveying a sense of contemporary politics in dialogues that have invariably been part of Tamil cinema.  Political pundits may be having a quiet laugh over this storm in another political tea cup in the eternal films and politics continuum of Tamil Nadu.