Announcing the names of the three awardees, the WEF said "each of them in their own way has taken action to uphold human dignity". 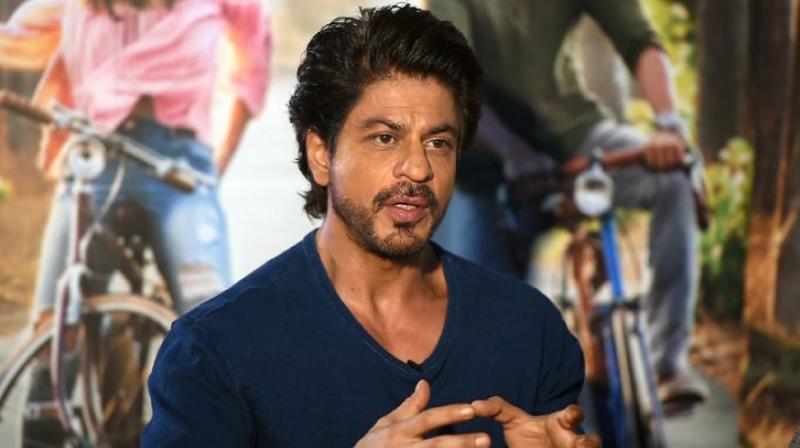 Khan will get the award for "his leadership in championing children's and women's rights in India," the World Economic Forum (WEF) said.

Sir Elton John has been selected for the 2018 award for his leadership in the fight against HIV/AIDS, and Blanchett for her leadership in raising awareness about the refugee crisis.

The Annual Crystal Awards ceremony, which opens the WEF summit in the Swiss ski resort, celebrates the achievements of outstanding artists who have shown exemplary commitment to improving the state of the world.

Announcing the names of the three awardees for this year, the WEF said "each of them in their own way has taken action to uphold human dignity". The award ceremony will take place on January 22, the first day of the five-day annual meeting of Geneva-based WEF, which describes itself as an international organisation for public-private cooperation committed to improving the state of the world.

The three awardees will be among 40 art and culture leaders taking part in this year's annual WEF summit, which will have a theme of 'creating a shared future in a fractured world'.

Last year's awardees were Anne-Sophie Mutter, Forest Whitaker and Shakira, while Yao Chen, Leonardo DiCaprio, Olafur Eliasson and will.i.am were awarded in 2016. The past awardees include Matt Damon, Bono and Charlize Theron.

About Shah Rukh Khan, the WEF said he is one of Bollywood's most prominent actors who has been at the forefront of the Indian film and television industry for over 30 years.

He is also the founder of the non-profit Meer Foundation, which provides support to female victims of acid attacks and major burn injuries through medical treatment, legal aid, vocational training, rehabilitation and livelihood support.

He has also been responsible for the creation of specialised children's hospital wards, and has supported childcare centres with free boarding for children undergoing cancer treatment.

"With victims of acid attacks, I have had the privilege to witness the unparalleled courage and compassion that women are capable of. I have seen the transformative strength of goodness and the healing power of gentleness," Khan said.

About Blanchett, the WEF said she is an internationally acclaimed award-winning actor and director of both stage and screen.

She was appointed a UNHCR Global Goodwill Ambassador in 2016 in recognition of her commitment to refugees, and has lent her voice and influence to raising awareness, advocating and fundraising for the UNHCR.

Having met refugees in countries including Lebanon, Jordan and her home country Australia, she advocates for increased solidarity and responsibility sharing for the 65 million-plus displaced people across the world. She has brought her creative skills to bear in sharpening focus on the individual human stories that lie behind the vast numbers.

"As a UNHCR Goodwill Ambassador, my job is simple: to help connect people to the human stories of those forced to flee, and to state the case for all of us to stand with refugees," she said.

Sir Elton John, one of the world's most successful musical solo artists of all time with a career spanning more than five decades, said that AIDS is the leading cause of death for women of childbearing age, yet the medicine and know-how exists to prevent this.

"If we want to give the next generation a better future, we could solve this problem. What it takes is our collective passion and compassion," he said.

With 35 Gold and 25 Platinum albums, he has sold more than 250 million records worldwide. In 1992, he established the Elton John AIDS Foundation (EJAF), which today is one of the leading non-profit HIV/AIDS organisations.

EJAF has raised more than USD 400 million to date to support hundreds of HIV/AIDS prevention, service and advocacy programmes around the globe. In 1998, Queen Elizabeth knighted him Sir Elton John, Commander of the Order of the British Empire for his services to music and charitable causes.