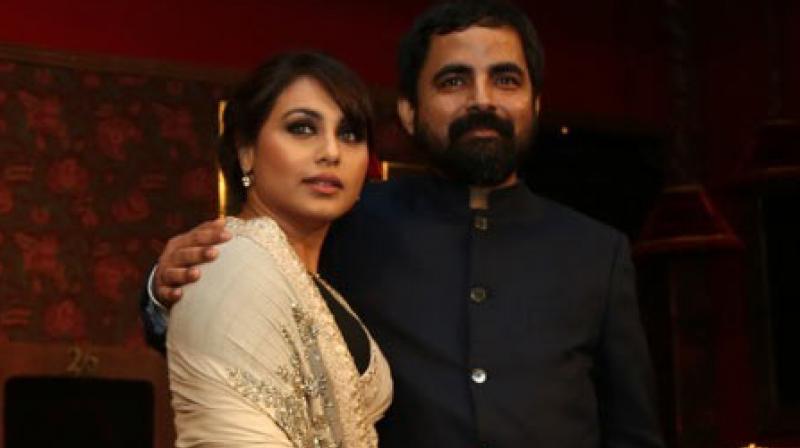 Rani Mukerji with Sabyasachi Mukherjee at an event.

Mumbai: Designer Sabyasachi Mukherjee and Rani Mukerji’s friendship goes a long way. Rani is often spotted in Sabyasachi clothes, and now, she will also don his jewellery, courtesy the designer himself.

The designer recently gifted his friend Rani the first ever jewellery that he had designed - a pair of exquisite earrings - when the two met in Mumbai. Rani was completely taken by surprise and got extremely emotional with the special gesture by Sabya.

The designer also wished Rani all the best for her upcoming film ‘Hichki’, which marks Rani’s return to acting after 3 long years. Rani was very touched by her designer friend’s thoughtful gesture as he had preserved his first designed jewellery for his best friend.

“As we all know, Sabyasachi has forayed into jewellery and his collections are wowing the world. The designer had thoughtfully kept away the first ever piece of jewellery designed by him - a super exclusive polki earrings with South Sea pearls - specially for Rani. He had created the earring keeping Rani's personality and her charm in mind. He wished her all the best for ‘Hichki’ while giving the gift. Rani was naturally emotional when she received this from Sabya,” reveals a source close to the two.

Rani plays the role of Naina Mathur who has a nervous system disorder, Tourette Syndrome that forces an individual to make involuntary repetitive movements or sounds.

Directed by Siddharth P Malhotra and produced by Maneesh Sharma, ‘Hichki’ is set to release on February 23.