The incident has garnered attention from Alia’s bete noire Rangoli Chandel, who took to social media to claim that Alia had actually fixed the award. 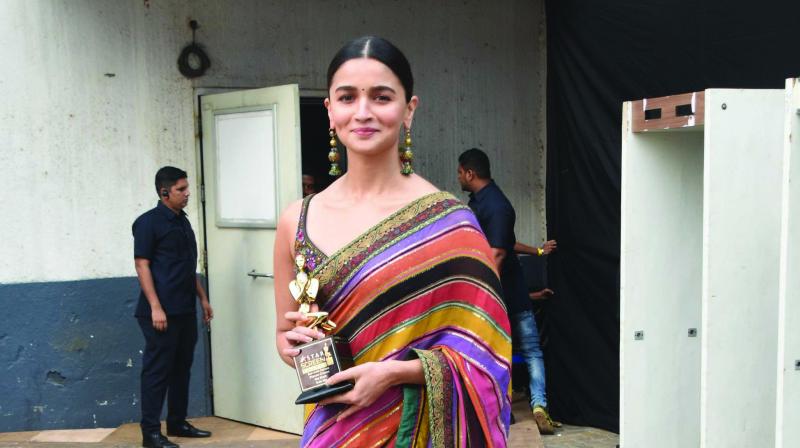 When Alia Bhatt emerged from a recent award function in a multi-hued Sabyasachi saree from his ‘Charbagh Featuring the Chowk’ collection with an award in hand, little did she comprehend that it would turn into a controversy.

The actress won the award for Best Actress (Popular Choice) for her role in the film Gully Boy, and she allegedly came out before the event even began.

She emerged from the rear exit of the venue, where the paparazzi were waiting to take a picture. A video doing the rounds sees her manager asking the paps, “You won’t be putting it up now?” and them reply saying that they will put it up an hour later, post 7 pm.

The incident has garnered attention from Alia’s bete noire Rangoli Chandel, who took to social media to claim that Alia had actually fixed the award.

Meanwhile, it remains to be seen what Alia and the organisers have to say about the issue, specifically why the picture had to be posted later.