Ranbir Kapoor, who is in Cape Town, is seen spending most of his time with his fitness coach Kunal Gir. 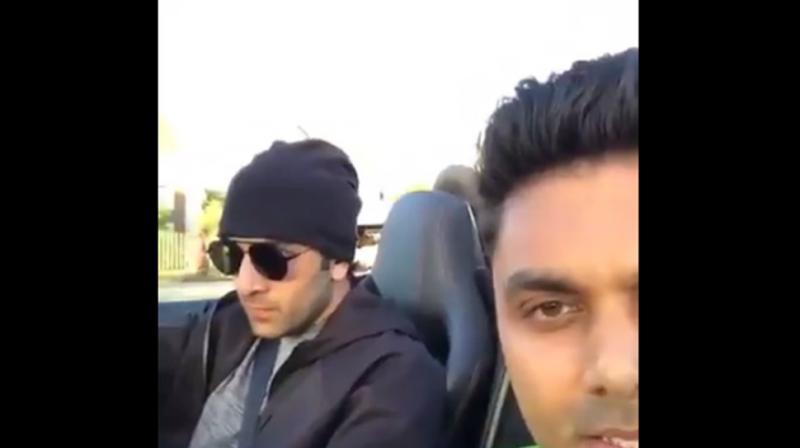 Mumbai: Ranbir Kapoor is now in Cape Town, shooting for Dutt biopic. He had to even skip his grand uncle Shashi Kapoor’s prayer meet due to the movie's shooting commitment.

The actor, who is in Cape Town, is seen spending most of his time with his coach Kunal Gir.

Recently Kunal took a video of them together while going on a long drive. On noticing the camera, Ranbir strikes his victory pose.

In an earlier interview, Ranbir said, “Sanju Sir has been closely attached to the film. He has come on set and has been amazingly supportive. It used to be surreal for me because I am acting like him. He used to sit in front of the monitor and see some scenes and be so happy. He’s like an overgrown child, who gives love to people…I feel like I was born to play this part. He is the only actor whose picture is on my cupboard and to play him is surreal. Getting a physical look right is easy. To get somebody’s soul right, the human being right- that’s the hard part. I hope I’ve done a good job.''