Shelved or just ignored: What's happening to these four movies by John Abraham?

John's production JA Entertainment now has 10 movies to its credit, out of which, 4 movies are stuck in the rut. 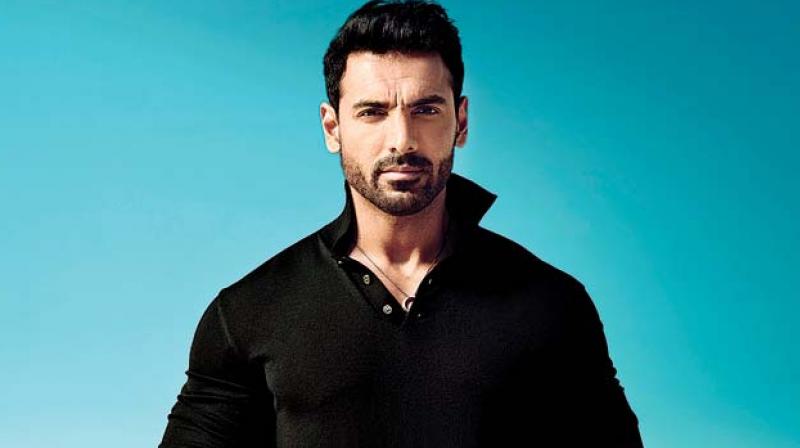 John Abraham in a photoshoot.

Mumbai: John Abraham ventured into production in 2012, with ‘Vicky Donor’ (2012) and ‘Madras Café’ (2013). These movies fared well and then John announced various movies as things seemed to turn bright for the actor-turned-producer. Maybe the actor-turned-producer didn't realize the stumbling stones that were going to come his way. JA Entertainment has now 10 movies to its credit, but out of them, 4 movies are stuck in the rut.

These films are ‘Banana’, ‘Agra Ka Dabra’ (originally titled ‘Hamara Bajaj’), ‘Satra Ko Shaadi Hai’ and ‘1911’. Let’s take a look at what happened to these films:

John Abraham announced a slice-of-life movie for all age groups, ‘Banana’ in 2013. This film was going to star newcomers and be directed by Imtiaz Ali’s brother Sajid Ali. He is the youngest brother of the lot. Arif Ali had made ‘Lekar Hum Deewana Dil’ in 2014.

Zeishan Qadri was announced as the villain of the film, but post that, the movie has been forgotten and today it is 4 years since nobody spoke about this film. There are doubts if this film will ever be made either.

This is one of the more popular movies because of the stars and the similar cast and crew from ‘Vicky Donor’.

Like you would have guessed, Ayushmann Khurrana and Yami Gautam are a part of the movie along with Pulkit Samrat and Taapsee Pannu.

Since 2016 and now 2017, we have only heard that the movie will go on floors, but there’s no recent development to that either.

Both Ayushmann and Taapsee relied on the movie to change their image. While Ayushmann was delivering back-to-back flops in ‘Nautanki Saala’ and ‘Hawaizaada’, Taapsee wanted to show her delicate side post some action in ‘Baby’. Her character was supposed to be of a coy Muslim girl.

But the wait for this movie might be longer since it hasn’t even gone on floors yet.

‘Satra Ko Shaadi Hai’ was in the post-production stage, ready for a release, but the movie got stuck. Reason? It could most probably be because the co-producers UTV and Disney decided to discontinue producing films, and this was reason enough for John not being able to gather enough funds by himself for a release.

In fact Barun and Sapna seem to have given up on hopes of the film’s release.

As per a report in Mid Day in May 2017, Barun said, "I don't exactly know the status of that film, but I doubt it's ever going to come out. I finished shooting for it long ago."

Sapna too mentioned that it might be too late. She exclaimed, "Earlier, I used to follow up with the director [Arshad Sayed] and the production house to find out the status of the film, but gave up after a point. Now it's too late, no? We had a lot of fun shooting, but I don't know the current status."

Yet another awaited movie from JA Entertainment seems to have bit the dust. This movie happens to be ‘1911’, a football drama based on the life of an Indian football player Shibdas Bhaduri, who captained Mohun Bagan in the historic 1911 IFA Shield Final, where they defeated the East Yorkshire Regiment with a score of 2-1 and became the first Asian team to win the competition.

John himself was preparing for the role as he had to lose 20 kgs and stay lean to look like a footballer. He completely trusted director Shoojit Sircar, but it looks like Shoojit himself might not have the time for the project, as reported by DNA on November 2016.

Hence, without a director, this movie too seems to be stuck like the other three.

Apart from these movies, John is ready to release ‘Parmanu: The Story Of Pokhran’ and has announced another untitled action thriller starring him and Taapsee. This movie will be directed by ‘Rocket Singh: Salesman Of The Year’ fame actor Lakshya Raj Anand.