Sexual harassment is just not on, says Aamir Khan 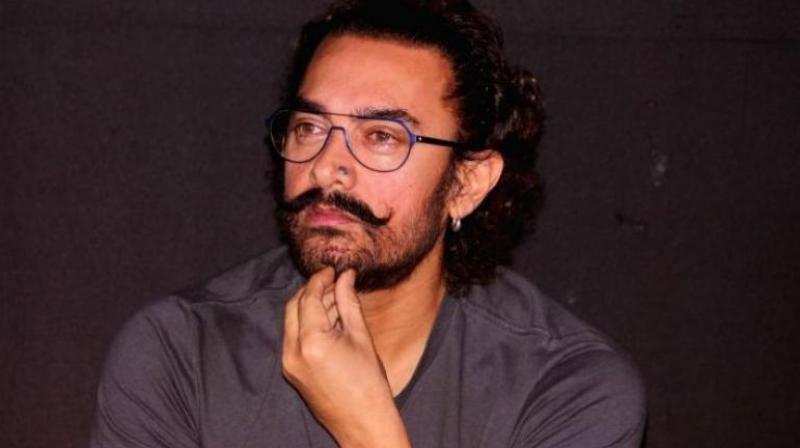 Aamir Khan at an event.

The actor, whose recent films 'Dangal' and 'Secret Superstar' focused on female empowerment, also believes that the issues are directly linked to patriarchy.

Such cases, he said, happened not just in the world of films, but in other areas, too.

"I understand that people are free to be romantically involved with whoever they want. But you cannot pressure a person into being with you physically. It happens not only in films but in all walks of life and is very unfortunate," Aamir, who is currently shooting for 'Thugs of Hindostan' in Thailand, told PTI in an exclusive telephonic interview.

The New York Times and The New Yorker took the lid off Weinstein's history of sexual abuse, encouraging prominent women such as Gwyneth Paltrow, Angelina Jolie, Ashley Judd and Rose McGowan to open up about the disgraced producer. The scandal led to the expose of other Hollywood heavyweights.

Aamir said sexual harassment should not be looked into isolation as it is connected to larger issues of how gender roles have been defined in society.

He also believes that creative people have an important role to play in changing such perspectives.

"It is connected to the larger issue. Not only in India but all over the world, (it is) this thinking of patriarchy that men are stronger or are more important that leads to various kind of things. Sexual harassment is one of them," he said.

"Creative people do have a role to play in showcasing men and women in a manner that influences people in the right way. I do believe we have some sort of responsibility in that," he said.

Many of his films have dealt with issues of empowerment. 'Dangal' focused on a father's decision to turn his daughters into wrestlers in a patriarchal society, while 'Secret Superstar' revolved around a teen's struggle to pursue music despite facing opposition from her father.

The actor highlighted issues that women face in India in his TV show 'Satyamev Jayate'. In 'Secret Superstar', he said, he went a step forward by portraying a girl who asserts her independence and helps her mother do the same.

"I am hoping that things will change in the future for the better. It takes time both for the people and the society to change."

"When we look at women's issues, it is not just about female foeticide and domestic violence, which are huge issues. But even in day-to-day life, women sometimes find that they are not in the possession of their own decisions," he said.

A woman may not be sexually harassed or face domestic violence, but there may be a host of other issues.

"She may still be with a man who wants to control her and that is equally disturbing. It is really about the fundamental independence of a person, irrespective of your sex."

'Secret Superstar', starring 'Dangal' actor Zaira Wasim in the lead role, may have been seen by some as a risky business venture in the formula-driven film industry, but Aamir, who has been rewriting the rules of the box office, said he felt strongly about the subject.

The movie has not only done good business in India but has also opened well in countries such as Taiwan.

Aamir, whose 'Dangal' was a super hit in China, is now looking forward to the release of 'Secret Supertar' there.

He hopes the film will be released there in January or February next year.

"'Secret Superstar' has done really well in all the territories. I strongly felt about the story and I am happy that the audiences felt the same. It is most reassuring."

The actor is considered a marketing genius in Bollywood as none of his films in the last many years has failed at the box office. But Aamir said it all boiled down to how good a story was.

"When I am selecting a film, I am not thinking about the box office or the audiences' reaction. I am reacting to it personally. When I get a script and love it as a person, it touches me and moves me, makes me laugh and cry or excites me, then I want to be a part of it."

He selects films based on his personal response to the story, he added.

"For me, filmmaking is a journey. In most of the cases, the films I end up choosing are very risky. I don't plan it that way but it turns out that way. My taste is a little unusual and I get excited about stuff which is not considered mainstream by the market."

Aamir said he looked at marketing as an intrinsic part of making a film rather than treating it as a separate process.

"I find the journey of making the film as exciting as the end result. I do one film in a year or sometimes one film in two years. So the process is what excites me... I am living that journey for a year or so. It becomes my life and it is a passion for me."

He believes he is "fortunate" that the unusual stories he has picked up have done well at the box office.

"That is something I don't plan. 'Taare Zameen Par' was one of the top hits of that year and did huge business at that time. When films like 'Secret Superstar' do well, it makes me very happy. As a creative person, you feel reassured. You get a lot of encouragement and strength."