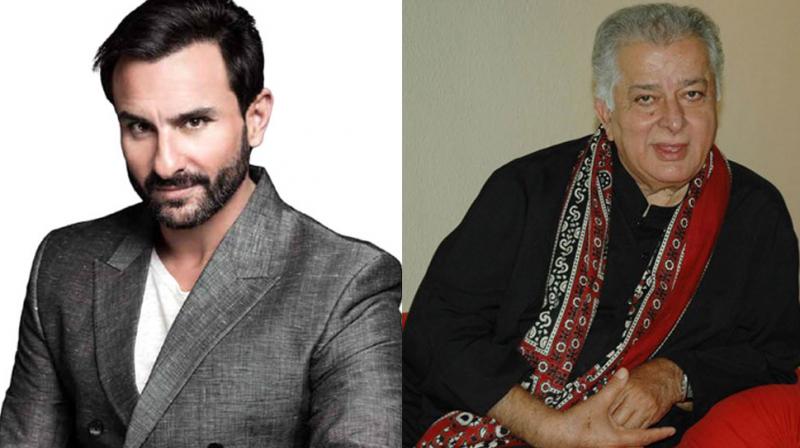 Mumbai: Saif Ali Khan has a different kind of fondness for the late veteran actor Shashi Kapoor. You won't be able to believe that the chote Nawab actually went on to bit the bum of a villain who was whipping Shashi on the movie sets of ‘Paap Aur Punya’.

Recollecting the incident, Saif told DNA, “I was barely three and I had accompanied Amma to the shoot. On the sets, I saw the villain whipping him and no one was coming forward to help him. Every time the whip cracked, I winced. Then, very bravely, I went and bit the villain on his bum. Everyone including Shashi uncle was aghast. Later, he explained to me that everything I saw was make-believe and it was just a film’s shoot. So, there was no reason for me to be angry.”

“Even as a child, the first thing that struck me about Shashi uncle was his good looks. Boy, how handsome was he! I also remember watching Manmohan Desai’s ‘Suhaag’ when I was around nine years old. Though I cannot recall the exact scene, I knew I was disturbed when he was attacked by Amitabh Bachchan with a knife. When I realised it was a fake one, I heaved a sigh of relief,” he added.

Sighing, Saif got back some warm memories and revealed, “So many other memories come flooding in. Shashi uncle had such a warm and charming presence. Unlike other heroes, I related to him on a different level. I enjoyed talking to him. He would come to dinner and I liked having a drink with him. It wasn’t like that with Amma’s other heroes. With Shashi uncle it was different.’’

The ‘Race’ actor then revealed he’s close to Shashi’s son Kunal Kapoor. “I have photographs with Kunal and Karan and we meet quite often. Kunal even remembers me being a bit of a terror in my childhood,” laughs Saif.