When Deepika went to London there were nine policemen and bodyguards guarding her. 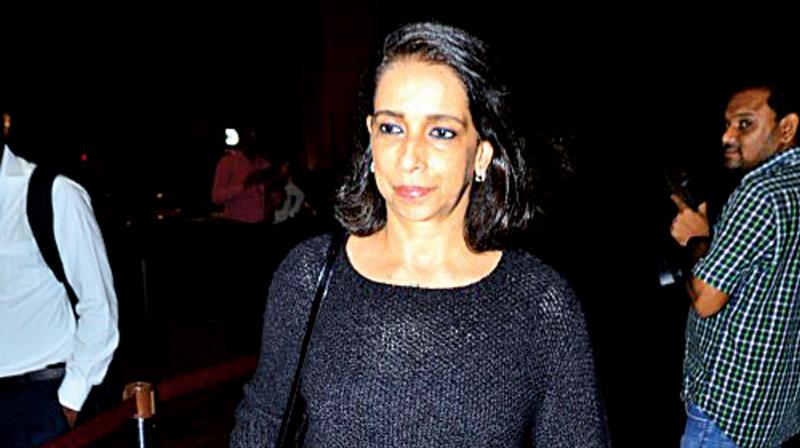 Deepika and mother Ujjala Padukone at the airport.

Padmavati is a film Deepika Padukone will never forget. Not just for the role and the controversies attached, but never before has the actress been surrounded by so many security guards and policemen constantly.

What’s important is that Deepika is also unable to get a moment of privacy with her friends and loved ones, because the policemen and her bodyguards are swarming around. Obviously, her fans too are not allowed to come close to her any longer.

“There have been times when the policemen and her personal bodyguards have almost clashed with each other, as they want to make sure that no one comes near Deepika when she is at public places like the airport. When Deepika went for a recent awards function, she had to enter from a different area, and chose to enter and exit through the kitchen, as the security would have hindered the event otherwise. Even when she has been hanging out with friends, the security cordon is around. Obviously, she is now disturbed by the security after having them around for over three weeks now,” says a source.

When Deepika went to London earlier this week, she was seen surrounded by around nine policemen and bodyguards in all, who were keeping everyone at more than an arm’s distance. In fact, it was only Deepika’s mother Ujjala accompanying her, who was at ease, as she walked uninterrupted.