Going by the poster, the film seems to be a thriller-suspense one which is sure to keep fans glued to their seats throughout. 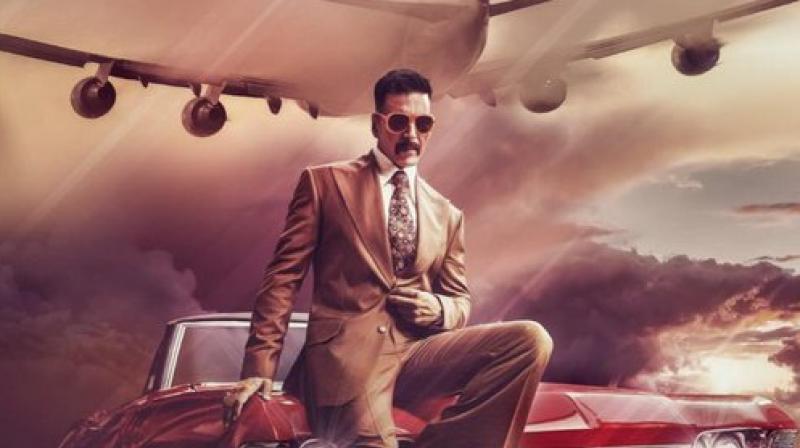 New Delhi: After making you laugh with comedy-drama 'Housefull 4', Akshay Kumar is set to take you back to the 80's era with his next film 'Bell Bottom.'

The 'Khiladi' star announced the exciting news on Twitter and also shared the intriguing poster of the film. In the gripping poster, the actor can be seen donning a coffee brown blazer and pant along with dark shades and big moustache which will surely give those spy vibes. He can be seen sitting on a red vintage car with a flight taking off behind him amid all darkness and cloudy weather.

Going by the poster, the film seems to be a thriller-suspense one which is sure to keep fans glued to their seats throughout. The film is set to release on January 22, 2021. "Get ready to go back to the '80s and hop onto a roller-coaster spy ride, #BELLBOTTOM! Releasing on 22nd January 2021," Akshay wrote while sharing the poster on Twitter.

Meanwhile, the actor is still basking in the success of his last multi-starrer film 'Housefull 4' which managed to hit century and rake in Rs 109 crores within five days of its release.

The Bollywood's powerhouse has a number of films lined up throughout the year. He is currently awaiting the release of his film 'Good Newwz' starring Kareena Kapoor Khan, Diljit Dosanjh and Kiara Advani. Apart from this, he will also be seen in 'Laxmi Bomb', 'Sooryavanshi' which just shows his dedication towards his craft.