With Badhaai Ho continuing to soar at the box-office, we look at the portrayal of characters in films that are real and rooted. 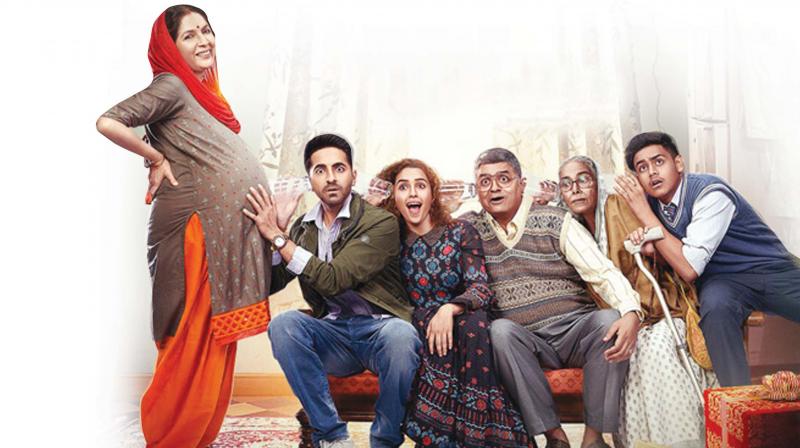 Still from the movie Badhaai Ho

Historically, the Hindi film industry has mostly chosen to ignore the middle-class narrative.  Except for a handful of films, this class has always been poorly represented in Bollywood and has been overshadowed by high-octane action films or larger-than-life dramas. But in the last few years, stories and experiences that are relatable to a large number of those watching them are slowly making a mark and the middle class has made a comeback on screen— whether in an urban setup or in a small town. From Vidya Balan's Tumhari Sulu, Bareilly ki Barfi to the recent Badhaai Ho that joined the 100 crore club, the characters presented are those that one encounters in everyday life and like most of us, are grappling to survive. A reason for the shift in the audience’s taste could be pegged on the fact that the portrayal of a typical middle-class family has definitely changed because the structure of the family, on the whole, has evolved over the years. “We are heading towards more nuclear families, also the fact that more and more families of that strata are getting increasingly aspirational. I think women in middle-class families are getting more vocal and standing up for their rights and all of this has lead to the kind of portrayal we are currently showing on screen, where middle-class India is far more progressive, far more aspirational than it used to be,” says director Shashank Khaitan whose filmography includes Humpty Sharma Ki Dulhania (2014), Badrinath Ki Dulhania (2017) and Dhadak (2018). “For example, Humpty Sharma Ki Dulhania is based in Delhi and has a slight connect to Ambala and Punjab as well. So all my life, I’ve played tennis matches in Delhi for the nationals and it was one of those popular venues where you’d meet so many exciting characters. Then I got married to a Punjabi and seeing her family and how the family dynamics are in different regions and so on, all these real-life experiences influenced a lot of characters for Humpty,” he explains.

According to scriptwriter Anjum Rajabali, it is because of the new wave of writers and directors who are coming from the smaller cities and painting a world they are familiar with. “This sea of creative heads, particularly the younger ones, is writing about milieus and worlds they are familiar with and are identifiable on the screen. It is only the plot that differs, the milieu becomes more believable therefore resulting in organic character actions,” he says. 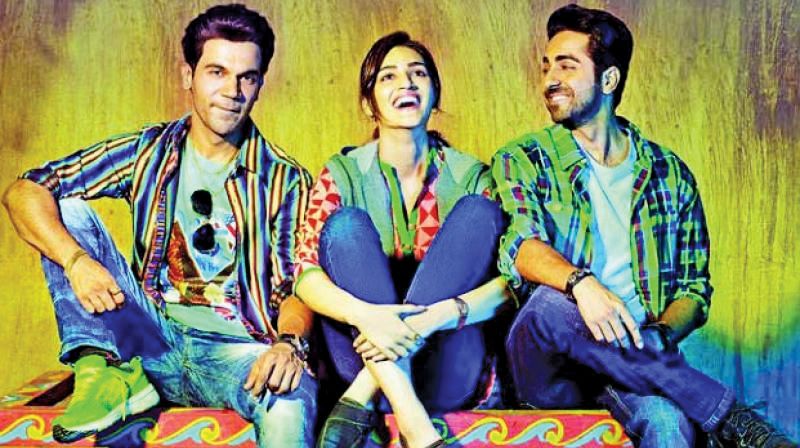 Shashank seconds this view and feels that a lot of different portrayals of the middle-class family on screen have been relatable and accurate in recent times. “As a writer and a director, what we also try to do, along with being accurate, is to try and look for something aspirational and spicy. Though you want to see something that feels real, you also want to see something that you can talk about later. Off late, Badhaai Ho is a very exciting film that talks about middle-class India and the reaction of children and society around middle-aged pregnancy. While everyone’s trying to bring about a certain sense of realism but other than that as writers and directors we are also trying to tell stories that can influence a thought,” he says.

Veteran actor Seema Pahwa, who has essayed many characters in films such as Shubh Mangal Saavdhan and Bareli Ki Barfi believes that the audience is tired of witnessing fictional narratives. Hence, the reality portrayed is attracting them to the theatres. “When we did Hum Log, the reason for its popularity, I feel, was because it was based on a middle-class family. The initial portrayal of middle class in cinema has been that of a distressed, financially stricken family, which over the years has improved. Now the same class is shown in a positive light. Now, directors are finding many flavours,” says Seema.

Anjum adds, “Movies are not being made on factory workers or about people losing a job, unlike the earlier times when such issues were the meat of popular Hindi cinema. Writers today are writing to create a world through the story that is more believable, identifiable and real.”

Actor-director Danish Hussain points out that, when such films succeed, they reinforce our faith in the adage ‘content is king’. “If you look at the number of critically acclaimed movies in the past few years they are from the same league, like Ankhon Dekhi or Dum Laga Ke Haisha. With Badhaai Ho it gives hopes to filmmakers that if you have a good story you can cross the magic figures without any A-lister in your film,” he concludes.

with inputs from Vanessa Viegas