The Indian Film and Television Directors' Association has issued a notice to veteran actor Alok Nath. 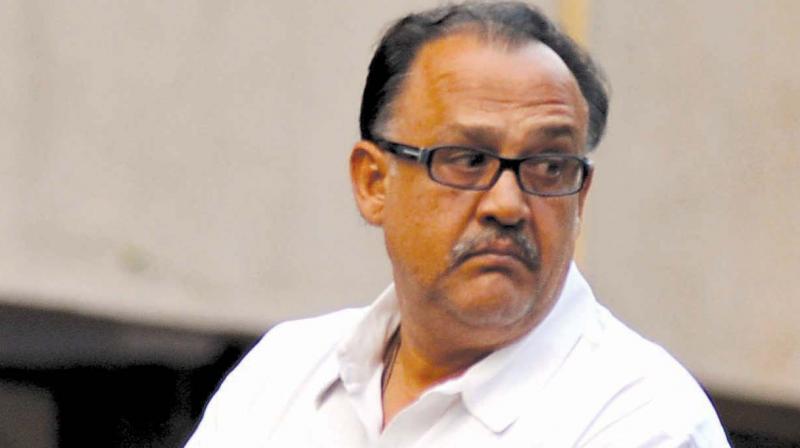 Mumbai: The Indian Film and Television Directors' Association has issued a notice to veteran actor Alok Nath, seeking his stand on the sexual harassment and rape allegations made against him by producer and writer Vinta Nanda.

Speaking at a press conference, IFTDA president Ashok Pandit said, "The entire federation supports the #MeToo movement. We have already drafted a notice which is to be issued to Alok Nath because Vinta Nanda is also a very respectable member of IFTDA."

Vowing to punish all sexual predators, Pandit urged the people to support the federation.

"Please encourage the entire federation and let us all move together to fight this menace. We need your support and help. This federation today takes a vouch that nobody in the industry will dare to think to even do something wrong. Be it, anyone," he said.

On being asked about the Tanushree Dutta- Nana Patekar controversy, Pandit said, "I have my own reservations. We are standing by Tanushree or any victim for that matter but I want Nana Patekar to be heard too."

As the #MeToo movement gained momentum in India, Nanda on Monday took to Facebook to narrate her ordeal.

"I hadn't just been raped, I was taken to my own house and had been brutalized," she had written, while adding that it was the 'most sanskari person in the industry'.

In her post, she had recounted her horror and alleged that the lead actor of her show 'Tara'- Alok Nath- harassed the female lead. Following the alleged misconduct, Nath was taken off the show and things continued, wrote Nanda.

Bollywood actors Sandhya Mridul and Deepika Amin had also opened up about facing rowdy behaviour at the hands of Alok Nath, and shared their ordeals on social media.

The #MeToo movement gained momentum in India after Tanushree Dutta accused veteran actor Nana Patekar of harassment. Following the revelation, similar cases have come to the fore with the likes of filmmaker Vikas Bahl and actor Rajat Kapoor being levelled with similar allegations.