After the success of the film, the makers have shared a video where the two actors are grooving together to the popular song. 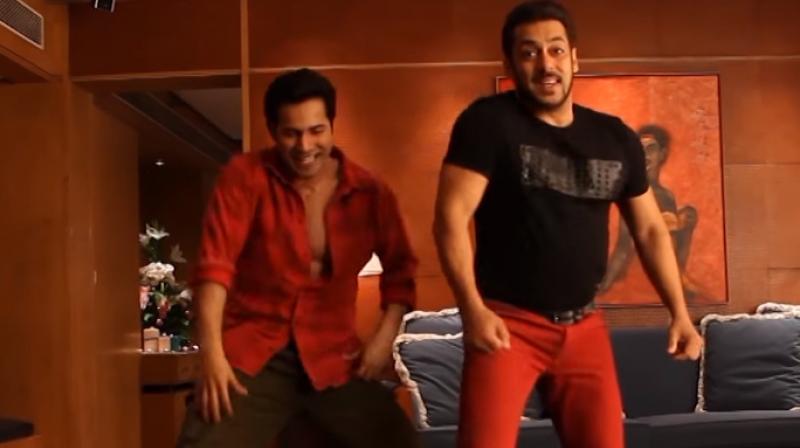 Screengrab from the video featuting Salman Khan and Varun Dhawan.

New Delhi: Varun Dhawan's 'Judwaa 2' ended the drought Bollywood had been facing since some months at the box office.

The movie has earned over Rs. 116 crore at the box office and still going strong.

Now to make the fans even more curious, the makers have shared a behind-the-scenes video of Salman Khan meeting Varun Dhawan.

In the video, Varun and Salman can be seen dancing to the tunes of 'Chalti Hai Kya 9 Se 12'.

In the clip, Salman is seen saying, "I feel like yesterday man. It feels the same. This looks much better than the first film. He (David Dhawan) has learned."

While Dhawan questioned, "Who has written the dialogues for Judwaa 1?" to which David Dhawan replied, "Quite a lot of heads, which we have used in this picture also!" "Boondi ke ladoo" Sajid Nadiadwala and David Dhawan imitate excitedly.

The 'Badrinath ki Dulhania' star brought back to celluloid the iconic characters Raja and Prem, previously portrayed by Salman Khan in Judwaa, which was also directed by David Dhawan.