The superstar is at the top of his over-the-top avatar as he grooves vigorously to the Amit Trivedi composition. 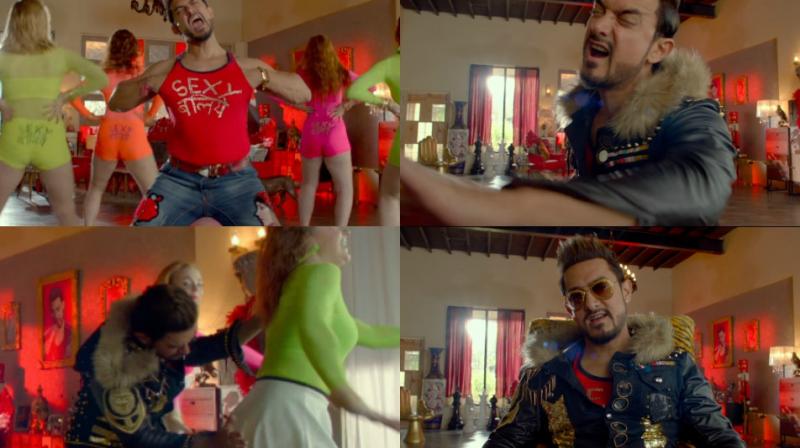 Mumbai: Despite not being the lead, Aamir Khan is leaving no stone unturned to ensure the success of his upcoming release 'Secret Superstar.'

The superstar has been on a promotion spree for the film and while all the other songs like 'Main Kaun Hoon', 'Meri Pyaari Ammmi', 'I'll Miss You', 'Nachdi Phira' and 'Sapna Re' focused on the lead, played by ‘Dangal’ girl Zaira Wasim, Aamir has also released a track just a week before the release.

Since the film is based on a girl becoming famous though a Youtube video, Aamir’s character, music composer Shakti Kumar, also shoots one in the new track 'Sexy Baliye'.

Aamir is at the top of the over-the-top game, dressed in gaudy clothes and showcasing some typical and some cringeworthy, sleazy dance moves with girls around him.

His boastful avatar, as was visible in the trailer, is also visible as terms the song ‘superhit’ and suggests people who didn’t like the video to change their tastes.

The catchy song has been rendered by Mika Singh and composed by Amit Trivedi.