Soha is doing it (motherhood) really well. I’m proud about the way she’s going about it: Kunal Khemu 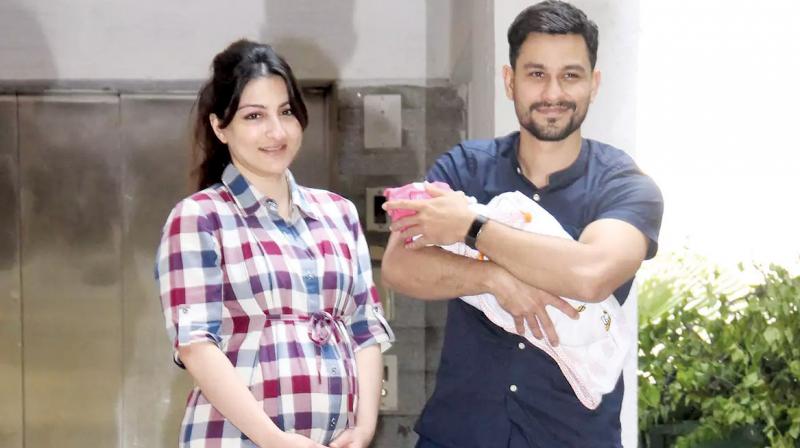 Kunal Khemu seems to be in no mood to step out of his house recently — and with good reason. The actor turned father recently as Soha Ali Khan gave birth to their daughter Innaya.

Kunal Khemu seems to be in no mood to step out of his house recently — and with good reason. The actor turned father recently as Soha Ali Khan gave birth to their daughter Innaya.

And while he says that both Soha and he have lost out on sleep, they’re not complaining. “If I wasn’t promoting Golmaal Again, I don’t think anything could have pulled me out of the house,” he laughs. “But luckily Innaya spends a lot of time sleeping, so I keep constantly checking on her. It’s a great phase. I’m excited to see the phase where she’ll be more reactive.”

He adds, “Soha is doing it (motherhood) really well. I’m proud of the way she’s going about it. She’s lost her sleep in the last few days, and she’s not complaining. She’s doing a good job.”

Ask Kunal if Innaya’s grandmother Sharmila Tagore has come down to be with the little one, and he says, “Yes, Amma is here, and she’s been a lot of support and help. We’ve been getting a lot of advice and we’re grateful she has come down for us. She’s on cloud nine when she’s with Innaya.”

And while there have been reports that Soha will be back to work in the next two months, Kunal says, “I have been hearing that, but I don’t know if she made that statement. Right now, she’s completely dedicated to Innaya. We haven’t discussed anything about it yet. I haven’t even gotten into the space where I can ask her ‘When are you joining back? How long do you want to take a break?’ She’s an actor, and she’s wonderful. But we haven’t set a time.”