Entertainment   Bollywood  11 Sep 2019  Priyanka- Farhan give epic reply to Maharashtra Police who took a dig at The Sky Is Pink trailer
Entertainment, Bollywood

The trailer shows the tragic and hopeful love story of Panda (Farhan) and Moose (Priyanka) through the perspective of their child. 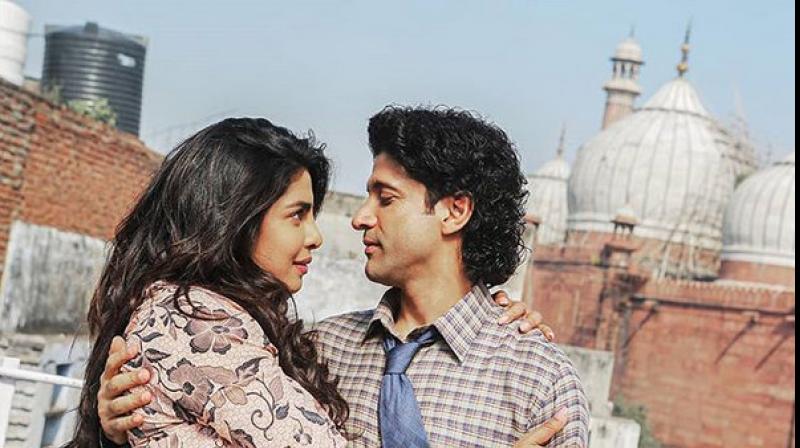 Priyanka Chopra & Farhan Akhtar in a still from The Sky Is Pink.

Mumbai: Director Shonali Bose’s The Sky Is Pink marks the comeback of our desi girl Priyanka Chopra on the silver screen post three years. She would be seen alongside Farhan Akhtar and Zaira Wasim. The trailer of the film which was launched recently garnered appreciation from the audiences, but came into the radar of Maharashtra Police for peculiar reason. In one particular scene, Priyanka’s character is seen telling Farhan that they would rob a bank so that their daughter Aisha Chaudhary (Zaria) could get better.

It seems like it did not go down well with the Maharashtra Police who sarcastically tweeted with a pun saying, "Seven years imprisonment with fine under IPC Section 393 #ColoursOfLaw #TheSkyIsPink @priyankachopra @FarOutAkhtar."

Priyanka  took to twitter and gave a humorous response as she tweeted , "Oops. Caught red handed... time to activate Plan B, Farhan Akhtar."

The 'Dil Dhadakne Do' star Farhan gave a sassy response about the same. He said, "Hahaha. Never planning heists on camera again."

Directed by Shonali Bose The Sky Is Pink is based on the life of Aisha Chaudhary who later became a motivational speaker. It shows the tragic and hopeful love story of Panda (Farhan) and Moose (Priyanka) through the perspective of their child. The film is slated to release on October 11, 2019.