In a video on social media from the Beautycon LA event a woman said that she was a Pakistani and pointed finger at Priyanka. 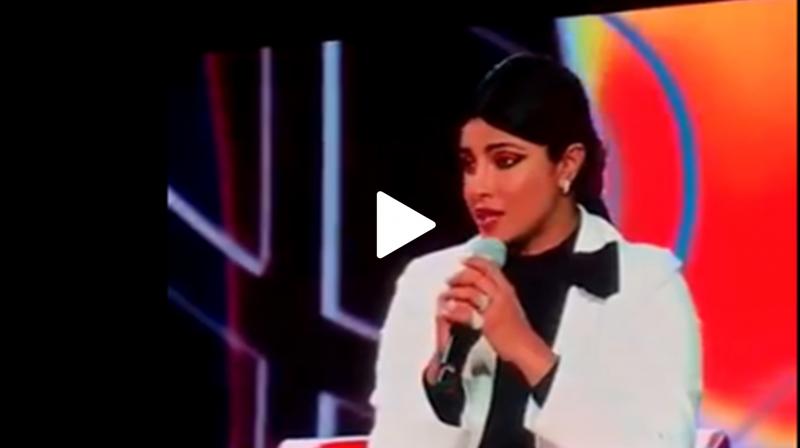 Los Angeles: Indian star Priyanka Chopra was verbally attacked at an event in the US by a Pakistani woman who accused her of encouraging nuclear war against her country.

The audience member questioned the actor's role as a United Nations Goodwill ambassador in the light of her February 26 tweet where she congratulated the Indian Air Force after Indian fighter jets attacked the Jaish-e-Mohammed (JeM)'s terrorist camp at Balakot in Pakistan.

That Pakistani girl who jumped @priyankachopra was very disrespectful! #BeautyconLA smh i was supposed to be the next one to ask a question but she ruined it for all pic.twitter.com/KrLWsLEACa

In a video on social media from the Beautycon Los Angeles event a woman sitting in the audience said she was a Pakistani and pointed finger at Priyanka.

"As a Goodwill Ambassador, you are encouraging nuclear war against Pakistan. People like me have supported you in your business...," the woman said.

Priyanka, in her own words, let the woman "vent" and then said she is not somebody who promotes war.

"I have many, many friends from Pakistan and I am from India. War is not something I'm really fond of but I am patriotic, so I'm sorry if I hurt sentiments to people who do love me and have loved me," she responded.

"But I think that all of us have a, sort of, middle ground that we all have to walk. Just like you probably do as well. The way that you came at me right now... girl, don't yell.  We're all here for love," she added.