At the event, when Salman and Madhuri danced to Pehla Pehla Pyaar Hai, the audience went wild. 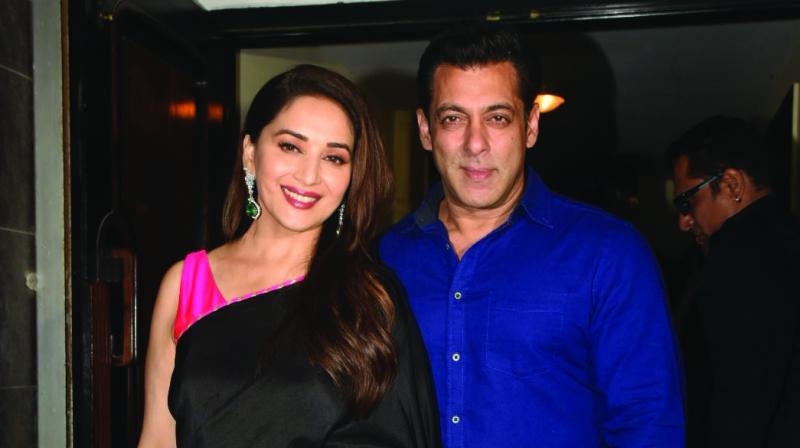 At the 25th anniversary celebrations for Hum Aapke Hain Kaun, Salman and Madhuri were spotted dancing away to Pehla Pehla Pyaar Hai.

It was sheer nostalgia as the Hum Aapke Hain Kaun team, including Sooraj Barjatya, Salman Khan, Madhuri Dixit, met to commemorate 25 years of the film at the Liberty Theatre in Mumbai, where the film was first premiered.

At the event, when Salman and Madhuri danced to Pehla Pehla Pyaar Hai, the audience went wild. But apart from the music, Madhuri says that the clothes from back then are also still a hit with the audience. “When I got to weddings, I see many people, including children, wearing clothes with the same colour combination that we wore in the film. Like that purple saree in the song Didi Tera Devar Deewana and the red and green dress that I wore in the song Joote Do Paise Lo,” says.

“Rajshri productions gave me my first break with Abodh, and Hum Aapke Hain Kaun was such a huge success that people remember it even today. When the film released, there were people who said that it looks like a wedding videocassette. But then what the film did is history,” the actress says fondly.