Running away with Milind Soman

The fit model-turned-actor was present with his equally fit mother Usha Soman, as the chief guest at an ultra run event. 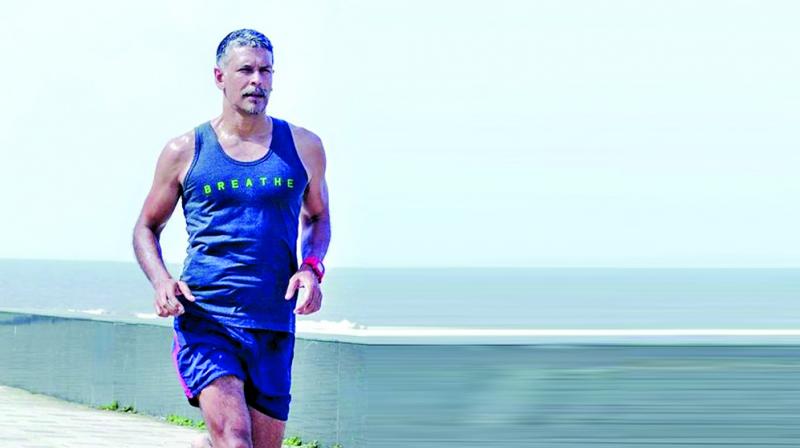 When it comes to running in India, the first name on everyone’s lips is that of Milind Soman, who took to running 15 years ago. The fit model-turned-actor was present with his equally fit mother Usha Soman, as the chief guest at an ultra run event.

Usha, at the event, was all praises for her son. “Usually moms inspire kids to participate in certain events. However, my son Milind is responsible for getting me to start running. I remember a while ago when I was running with my sari hiked a little up, one of the photos went viral and people came to know that I was 78 years old. I didn’t even realise this could happen. Milind had explained the importance of keeping healthy by running at least once a day.”

Adds Milind, “I remember when I started running, people would say ‘Yeh pagal ho gaya hai. Iske paas koi kaam nai hai, bas running karta hai’. But now, many people have been responding positively to the marathons I’m associated with. Now they don’t call me pagal, they say if he can run at 50, why can’t we?”

Besides his running, his personal life is constantly under scrutiny. “Actually, I’m not keen on getting married. Ten years ago, I was married only because my ex wife (Mylene Jampanoi) was eager to get married. And so, for her happiness, I tied the knot.”

Talking about his girlfriend Ankita Konwar, who is half his age, Milind says, “Yes, I’m in a relationship with her. Since I’ve been married once, it may or may not happen again. I’m not keen on getting married. We’ve not discussed it yet. Actually, I don’t see the purpose in getting married now.”

Does his girlfriend feel insecure about him moving around in the world of glitz of glamour? “You need to ask her that,” he laughs. “Having chosen me, it’s the other way round. She knew before hand that she’s getting into a relationship with a man known for his looks. So obviously, it depends on her now. She needs to trust me, and if she does, there will be no problem in our relationship.”

As far as projects go, Milind is still holding on for offers. “I’m busy doing some commercials. I’m also planning a film down South. I’m reading a few scripts but nothing’s finalised yet,” he signs off.