Soorma trailer launch: Diljit almost said no to film, asking for romantic one

The story of hockey player Sandeep Singh, often known as Flicker Singh, is all set to come out in Diljit Dosanjh starrer ‘Soorma’. 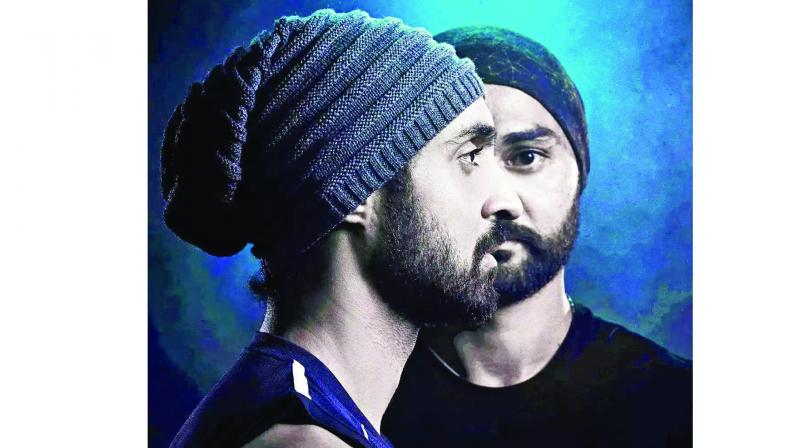 The story of hockey player Sandeep Singh, often known as Flicker Singh, is all set to come out in Diljit Dosanjh starrer ‘Soorma’.

The whole team, from Sony Pictures to Chitrangda Singh (producer), Diljit Dosanjh, Taapsee Pannu and Angad Bedi, the trailer was unveiled at a suburban theatre today. Real-life hockey player Sandeep Singh too was present at the launch along with his brother Bikramjeet Singh.

While Chitrangda said, “I hope this film does the little job of bringing his (Sandeep’s) story to life,” the hockey player himself said, “I never thought I'll get such a good story.”

Lead actor Diljit himself never thought he'll be able to do ‘Soorma’ as he said, “At first I thought I couldn't do the film. I told Shaad sir to cast me in a romantic role, not this one. But then I realized that I would regret if I didn’t do this role.”

Taapsee adamantly said, “I don't think screen time matters. I registered myself among the audiences even after having just 10 minutes of screen space in ‘Baby’. I know, no matter what the time is, once people leave the theatre, they will talk about me. I have that confidence as an actor. It is not necessary to be a hero all the time. I have many films coming out this year, so you can wait for them to release. For once, let me be a sundar (beautiful) actor!”

Angad, who plays Diljit’s brother in the film, called him his real-life brother too. “Diljit is like a brother to me,” said the actor.

Diljit, who has much more screen space, shares chemistry with hockey. But was it tough for the actor to get into the skin of a hockey player? He answered, “Sandeep and Bikram have played hockey so didn't have much trouble.”

On the separation, Sandeep Singh said, “If she hadn't left, Sandeep would not have made a comeback. She made me see my goal.”

The trailer has a powerful song ‘Soorma’ voiced by Shankar Mahadevan. On the same, he said, “It has been 26 years of composing music in film industry and it is a milestone to be associated with ‘Soorma’.”

Diljit, who is also an acclaimed singer, went on to reveal, “I have sung one song in the film.”