Entertainment   Bollywood  11 Jun 2018  ‘It has my remains for life’: When KJo was caught defecating in the open in Egypt
Entertainment, Bollywood

‘It has my remains for life’: When KJo was caught defecating in the open in Egypt

The filmmaker revealed the most embarrassing moment of his life during the shoot of ‘Kabhi Khushi Kabhie Gham.’ 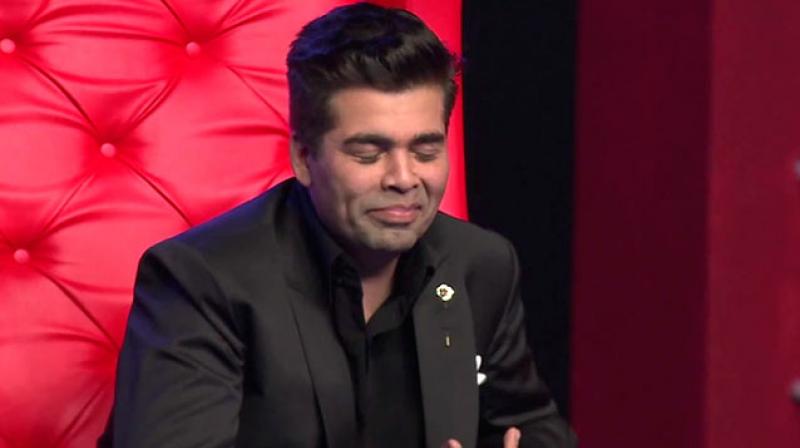 Mumbai: The song ‘Sooraj Hua Madham’ from ‘Kabhi Khushi Kabhie Gham’ is not just one of the most loved songs in Bollywood, but is also considered one of the best shot videos in terms of picturisation.

But as visually stunning the song is, the director, Karan Johar, has the most unpleasant memory during the shoot. So much so that it is the most embarrassing moment of his life.

In an interview to Film Companion, the filmmaker revealed how he was forced to answer nature’s call in the open due to lose motions when he was in Egypt for the shoot of the song with Shah Rukh Khan and Kajol.

“So, I got the loosies one day in the middle of Egypt, while we were shooting Sooraj Hua Madham (Kabhi Khushi Kabhie Gham). I got a bad loose motions attack. And we were in this location where there were these lime stone structures and I just had to go behind one of them,” Karan was quoted as saying by Pinkvilla.

He added, “I went very far and there was this other person who was having the similar problem and he was behind another lime stone. And, we both stared at each other, we both knew we were hiding. And it was the most embarrassing emotion. He stared at me and I stared at him and we were both in squat positions and I was like, 'I am gonna die' because he found the limestone, as did I, and we both thought we won't tell anyone. But, it was a very bad attack that I had. I couldn't help it. The vanity van was two kilometers away. Yeah, so. It's called Far Fara dessert, where we shot that part. And it has my remains for life now.”

Well, you couldn’t perhaps find a better description of ‘a bittersweet moment.’