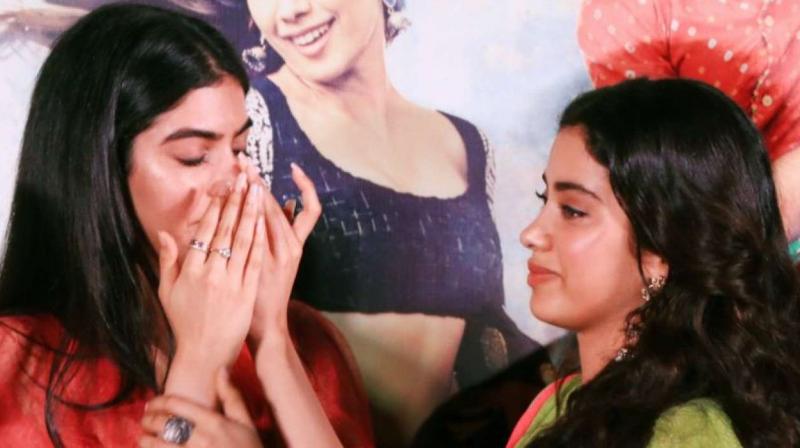 Ever since 'Dhadak' went on floors, it has made news because it promised to launch new faces - Sridevi's elder daughter Janhvi Kapoor and Shahid Kapoor's brother Ishaan Khatter.

The team released interesting posters which caught our interest as much before the trailer release.

There, Janhvi was asked about her mother Sridevi, to which the actress almost choked and said, “I miss her a lot.”

Somehow, she managed to carry off the event ahead with élan, but then by the end of the trailer launch, when everybody was greeting one another, Janhvi’s baby sister Khushi Kapoor broke into tears.

While the reason for this isn’t clearly known, it looks like she was also missing her mommy dearest at the special occasion. Watch the video here: