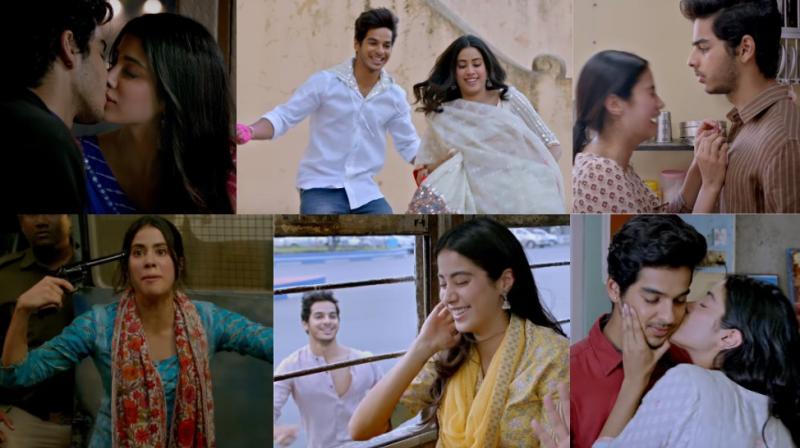 Co-producer Karan Johar upped the curiosity quotient for their upcoming film 'Dhadak' with the leading actor's loved-up images. And now It’s time to cheer as much-waited trailer  of Janhvi Kapoor and Ishaan Khatter has released today.

Despite it being an adaptation, the premise of 'Dhadak' looks different from the original. Unlike the original film, this Bollywood remake is set in Rajasthan. Touted as modern day Romeo and Juliet, 'Dhadak' tells a story of young couple and their intense love-story set in the backdrop of societal class system. Pari and Madhur (Janhvi and Ishaan's character names) fall madly in love against the wish of Pari's affluent family.

The original Marathi film was directed by ace filmmaker Nagraj Manjule and it was both critically and commercially acclaimed for its content and performances by newcomers Rinku Rajguru and Akash Thosar.

Produced by Karan Johar's Dharma Productions and Zee Studios, 'Dhadak' is set to hit the screens on July 20.