Entertainment   Bollywood  11 May 2017  One can never be secure in the industry, says Ayushmann Khurrana
Entertainment, Bollywood

One can never be secure in the industry, says Ayushmann Khurrana

Ahead of the release of his upcoming film, Meri Pyaari Bindu, the actor speaks about how he discerns his roles. 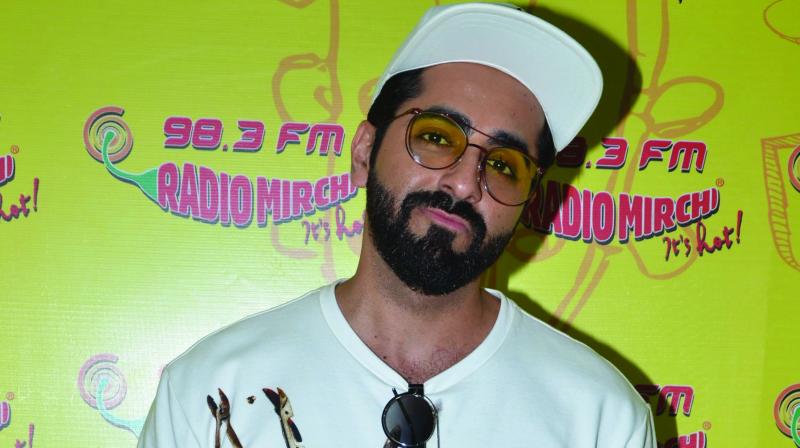 Having started out as a VJ, Ayushmann Khurrana’s acting career started with a bang when he debuted with Vicky Donor — a light-hearted but poignant take on sperm-donation and surrogacy. Since then, it has been a roller coaster for the actor who has churned out his share of both hits and flops. Ahead of the release of his upcoming film, Meri Pyaari Bindu, the actor speaks about how he discerns his roles, his equation with his co-star Parineeti Chopra and being secure in the industry. Edited excerpts:

You have primarily done light-hearted films so far. What do you look for when you choose your films?
I think there has to be something novel in the script or something quirky. I have started with Vicky Donor and I am an unconventional actor. I think I should stick to unconventional scripts since they work for me. That’s why I guess Dum Laga Ke Haisha happened after three films.

What role are you playing in Meri Pyaari Bindu?
I play a writer in the film. He is in love with his neighbour, Bindu. He loves music and is someone who is a giver and a pleaser. He is selfless and vulnerable. It is a journey from five to 35.

How important is it for you to market yourself in the industry as an outsider?
I think your management plays an important part in it.  I am fortunate enough to be in YRF’s boutique management. If you have a good mentor like Aditya Chopra then you feel secured. You know you will only get quality work. I was an anchor on television; Shoojit Sircar was looking for someone who had youth connect. I was a popular VJ back then in 2012-13. He saw me on television and felt that he had found his Vicky. I didn’t even audition for the film.

Is it difficult for you to get films outside YRF banner?
I have just two YRF films, Bewakoofiyaan and Dum Laga Ke Haisha, Bindu is my third film with them. I think if people feel that you fit the character, they will cast you.

How was your chemistry with Parineeti Chopra off the sets?
The best part about us is that we are very similar in several ways. Our upbringings are similar, both are from Punjabi families. We both have grown up listening to retro songs. We both have been singing since we were children. Our fathers are also into music. When I met her on the sets, it was like a jam session. It was fun working with her.

How did you deal with the low phase when your films didn’t work?
Actually, Nautanki Saala recovered money. Bewakoofiyan didn’t but the journey has been great. I had given two National Award winning films in five years, which is a rare feat in the industry. I feel I am getting good films be it Bindu or Bareily Ki Barfi. Shubh Mangal Savdhan is a quirky script which is an anti-thesis of Vicky Donor. One can never be secure in the industry.

Do you believe that Sriram Raghavan’s thriller will change your image?
I believe it is important to have your own space in the industry. I want to own the space like Amol Palekar had owned it. It’s been five years now so I should do something different. I have been offered a lot of thrillers in the past but Sriram Raghvan is the pioneer of the genre, so I am so excited to start working with him.