But Katrina is happy to just promote the film, like she has promoted other films. 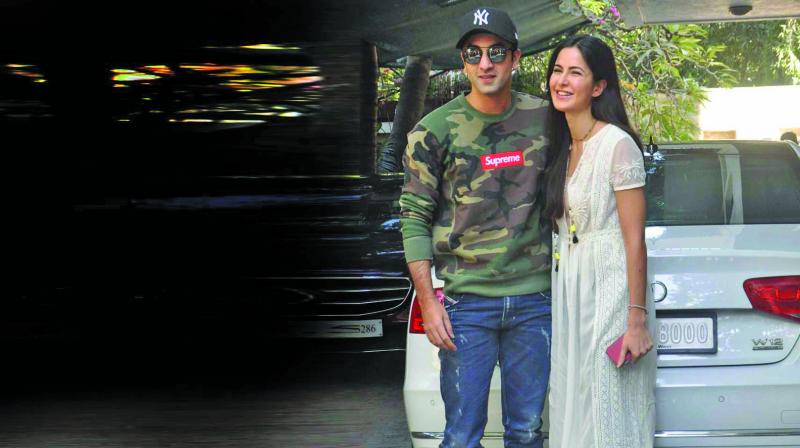 Katrina Kaif is in no mood to be friends with Ranbir Kapoor again. As news of his marriage being fixed with a girl from London is gaining momentum, Ranbir wants to mend fences with Katrina with whom he has an impending release, Jagga Jasoos. Apparently, Neetu and Ranbir went to London recently to “see” the girl from a business family.

But Katrina is happy to just promote the film, like she has promoted other films. The actress doesn’t want to be friends with him again. Ranbir has managed to patch up with his other ex-girlfriends Sonam Kapoor and Deepika Padukone, and has worked with Deepika in Yeh Jawaani Hai Deewani and Tamasha, and is working with Sonam Kapoor in the Sanjay Dutt biopic.

Katrina has told her team that she is not keen to even work in a film with Ranbir Kapoor anymore. What will be interesting to see is how Katrina behaves with Ranbir when the two share the stage to promote Jagga Jasoos at the various events leading up to the release of the film.