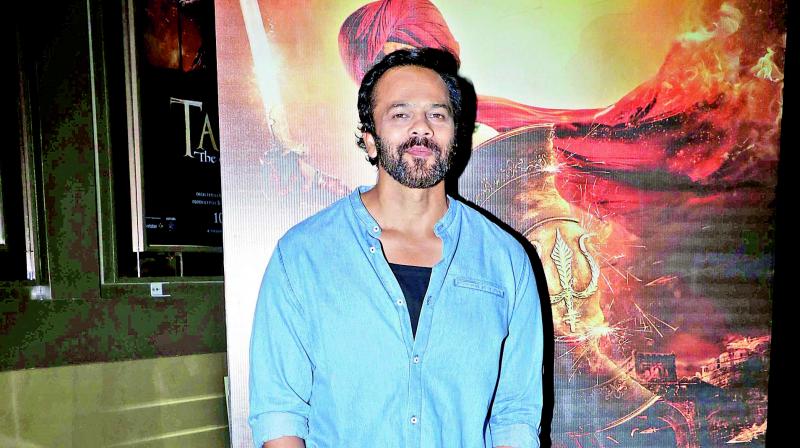 Filmmakers are making the most of the lockdown time at home to sit and work on film ideas. Rohit Shetty, the director of the postponed Sooryavanshi, is holding multiple meetings with his writers online and working on script ideas.

“Rohit is chatting up with Yunus Sajawal, who has done the screenplay of Simmba and both the installments of Singham, to work on the script of the film. Yunusbhai is one of Rohit’s close collaborator for many years and has done films such as the Golmaal series and Chennai Express as well. He and Rohit talk a few times in a day to make sure that the work is still going on on the Singham franchise, among other fresh ideas,” says our source from the film industry.

Our man also adds that the producers are not really looking at film releases now, but ideating to create better content.

“It’s actually a time to introspect and look at the kind of films we have been making. Sometimes, one does not give his best in a said time frame  Rohit Shetty finishes his films in four months record time  but now, he has more time to work on getting a script that is packed to perfection,” continues the source.

Rohit’s next film Sooryavanshi will be one of the most anticipated films after the lockdown but the filmmaker is in no hurry.

The film which has Rohit, Akshay Kumar, Karan Johar and Reliance Entertainment as the stakeholders will only release when the market is ready to welcome such films and the audiences ready to swarm into the theatres in order to recover the huge investments and make profits.